Almost a quarter of grades scored the top mark of A* and 86% of grades were A*/B.

In the first year of numerical grades being awarded for English and Maths, Ofqual predicted that only 3% of students sitting Maths would gain the top accolade of a Grade 9.  However, Bruton School for Girls saw results where an impressive 11% of students gained a 9 in Maths.  In addition, 8% of BSG students gained a Grade 9 in English Literature.

BSG has also scored extremely highly on the measure showing the ‘value added’ a school brings, showing that every girl has significantly exceeded their expected grades.

Headmistress, Nicky Botterill, congratulated all the girls on their results:

“We are delighted for the girls and as an academically non-selective school with students from a wide ability range, this demonstrates the excellent teaching and individual attention we offer really does make a difference, although of course results are only one part of their education.”

Among the crop of top A* and A grades were:

Christiana Bingley from Sherborne with 4A*s, 2As and 2x9s

Millie Whitmarsh from Frome with 3A*, 5As and 3 x grade 7s (which is equivalent to an A)

Mrs Botterill added that BSG had a particularly strong year where Art, French and German students all gained mostly A*/As.  There was further success across the board for Humanities and Sciences where every single grade was A*-B.

Mrs Botterill was looking forward to welcoming girls back to begin their A Level studies at the school’s Sixth Form, which last week announced its best ever set of A Level results where 92 % of all grades awarded were A*-C grades with 54% grades at A*/A, far above the national trend. 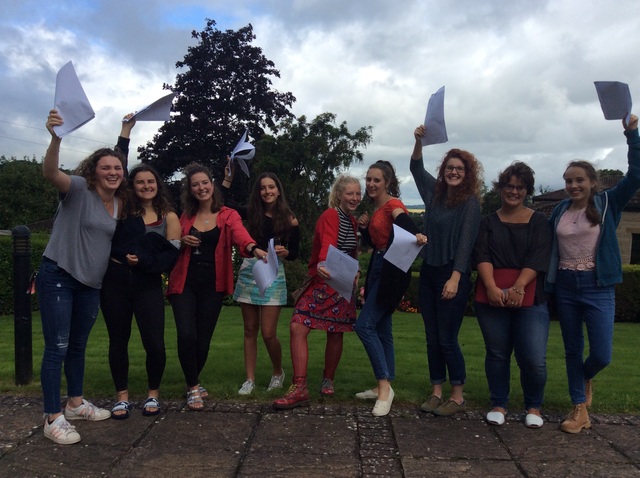