Two sixth formers at Derby High School have been appointed as wellbeing ambassadors.

Claudia Attwood, 18 and Sofia Sheikh, 17, were awarded the roles and recently led a Wellbeing Week at the school, in Hillsway, Littleover.

A team of supporting prefects has also been appointed and all of the girls involved have undergone training in school.

The girls have already carried out a survey in to find out how much students know about wellbeing and they have also delivered assemblies on the subject.

Claudia said: “This is the first time we have had wellbeing ambassadors in school and we were both pleased to have been appointed. There is obviously a lot of support in school academically but we have been put in place to add to the emotional support there is for students.

“We want to raise awareness of what wellbeing actually is and help students learn how to manage any stress or anxiety they may have.

“We lead the peer support team and the management of the quiet room that we have for students who just need some time to themselves.”

Sofia said: “We planned the activities during Wellbeing Week and we were really pleased with how many students took part.”

During the Wellbeing Week students were encouraged to take part in walks, yoga and wellbeing and mindfulness sessions. Assemblies around the subject of how eating and sleeping well can impact on your mental health were also held.

Jo Whitehead, Chaplain at Derby High School, said: “During Wellbeing Week there was lots going on for students to get involved in including crafts, colouring, walks and yoga. We had a session where they could try out some healthy food too.” 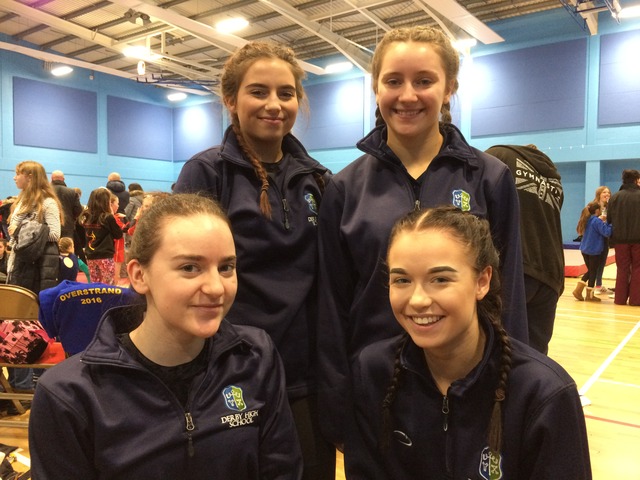