One of the biggest community sport events of the year will take place in Edinburgh this weekend, with over 600 people set to attend a free family sports fair at St George’s School for Girls on Saturday 12th May.

Capitalising on the recent success of Scottish athletes at the Commonwealth Games, the day aims to get families outside enjoying sport together and to inspire the next generation, with appearances from athletes such as Olympian and former European Champion Judoka Sarah Clark, and beach volleyball stars Lynne Beattie and Mel Coutts.

Marking the opening of the school’s new sports pavilion, the fair brings together national governing bodies of sport and local sports clubs to let families try something new – from hockey, cricket and fencing to tennis, golf and rugby, there’s an emphasis on fun and inclusion.

Spartans Community Football Academy, a social enterprise in North Edinburgh, will be hosting some fun football games, while She Rallies (initiated by Judy Murray and the LTA) will be hoping to seed a love of tennis in the run-up to Wimbledon.

Step it Up Dance will have everyone on their feet (expect some great tunes!) and Netball Scotland will launch their new walking netball programme.  Murrayfield Golf Club will be getting into the swing of things with two of their PGA Professionals on hand to show why the sport is so beloved in Scotland, and Tribe Yoga will be sharing the massive impact that yoga has on the athletes they work with from numerous different national teams.

Lacrosse Scotland and Edinburgh Thistle Lacrosse Club will demonstrate the sport with activities to let everyone have a go, and former British Fencing Champion and six times Commonwealth medalist, Keith Cook will share just what a difference the sport made to him as a child.  Edinburgh Rugby will be in action off the back of a very successful season.  Fans will be thrilled to see the 1872 Cup recently won by the club – plenty of inspiration for future rugby stars!

‘We’re delighted to welcome so many families to our event, and to encourage participation in a wide range of sports.  Children can have so much fun while playing sport, building healthy habits which help to establish good physical and mental health throughout their lives.  Sport and physical activity can teach us so much about the value of determination and effort.  At St George’s we value participation and encourage everyone to have a go and to find a sport that they enjoy.’

‘Edinburgh Judo is delighted to be part of what promises to be a really fun event.  It’s a great opportunity to bring families and communities together to try something new, meet new people and to have a fantastic day with some different challenges.

‘We believe that sport has the potential to change the lives of young people. The skills developed as a youngster in sport will last a lifetime.  At Edinburgh Judo, as well as our sporting programmes, we offer training around leadership, personal development and team building. We are proud to work with people from all areas of the community, all with different dreams and aspirations.

‘We have strong female role models within our club who demonstrate excellent work ethic and a real passion for developing people. We work alongside girls and women to increase sporting opportunities, promote confidence amongst individuals and teams and to help develop life skills. Success is different for everyone.  We support people ultimately to be happy and successful.’

‘I’m really excited to be involved in this inspiring event at St George’s School for Girls.  My hope is that collectively, we can raise the profile of the opportunities that are out there for women and girls to take part in sport, and the huge benefits that they can bring.

‘Growing up, I had a few female role models who inspired me to work hard and to be the best version of myself, both on the court and off.  Nowadays there are so many more female role models out there who can positively impact how women and girls view their own potential.   This event will allow everyone of all ages and ability to get involved in various activities alongside family and friends in a fantastic outdoor environment – one of the things I love most about my sport of beach volleyball.’

St George’s School for Girls Family Sports Fun Day is on Saturday 12th May, from 10am – 12.15pm.  Entry is free, and all are welcome.  To register to take part in the event contact mhb@stge.org.uk or visit the website at www.stge.org.uk.

2.            Scottish Volleyball Association – with Lynne Beattie and Mel Coutts both of whom competed at the recent Commonwealth Games

5.            Cricket Scotland – delivering the new All Stars Cricket programme for 5-8 year-old girls and boys, with 7 centres in Edinburgh. For the older girls and boys, we have Kwik Cricket with our very cool Cricket Factory Equipment.

6.            She Rallies – Judy Murray tennis initiative supported by the Lawn Tennis Association, aiming to attract and retain many more girls and women in tennis across the UK.  She Rallies Scottish Ambassadors will attend the event with Edinburgh activators.  Judy Murray ran two She Rallies events at St George’s last year.   Tennis Scotland – work closely with the LTA and sportscotland to develop the sport across the country – from grassroots in clubs, schools and parks through to providing the best coaching and facilities for the next generation of Scottish tennis stars.

8.            Tribe Yoga – an Edinburgh-based yoga and fitness company, with three studios around the city, offering more than 225 classes per week.

9.            Edinburgh Rugby – Edinburgh Rugby have had a ground-breaking season, qualifying for the Guinness PRO14 play-offs for the first time and securing qualification to the European Champions Cup. As a club, we are always consciously supporting local projects in the area and our links with local schools are highly valued.

10.          Lacrosse Scotland – with the support of St George’s based club Edinburgh Thistle.

11.          Scottish Hockey – including appearances from current and past international players.

12.          Netball Scotland – Scotland’s only sport that has a semi-professional women’s team with a Sky Sports broadcast deal, the UWS Sirens.

13.          Step It Up Dance – an award-winning urban dance company based in Edinburgh, teaching a wide range of styles including Breakdance, Hip Hop and Acro Dance to tots to teens. 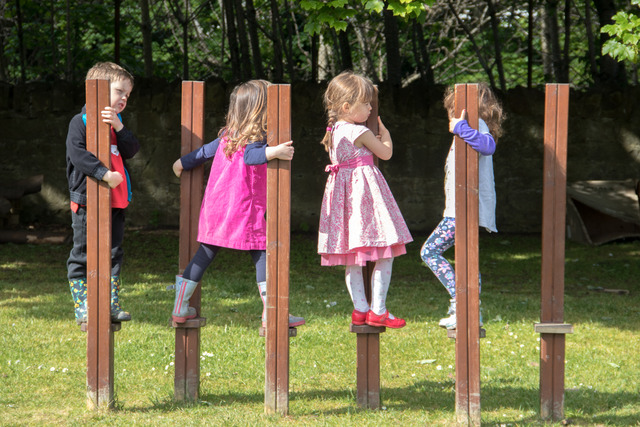