The Marist School, Sunninghill received excellent results today in the light of the newly reformed GCSEs with 54% gaining 9 – 7/ A* – A grades and 99% of girls achieving 9 – 4/A* – C grades.

Mr Karl McCloskey, Principal of The Marist School said, “Our girls have once again excelled and improved on our results from last year despite the national outlook, which predicted lower levels of attainment in the wake of the higher levels of rigour and challenge.  We had strong faith in the hard work and motivation of our girls and had no doubt about their resilience, aptitude and ability to succeed in what was anticipated to be a tougher year.”

He added “With 60% of the Further Maths GCSE cohort achieving A* – A grades and 45% achieving 9 – 7 in the Maths GCSE, the notion that high attainment in maths is the preserve of boys is strongly dispelled by the mathematical achievement of our Marist girls.”

Further highlights of the Marist academic year include 15% of students achieving all grades 9 – 7/A* – A and 100% achieving five 9 – 4 grade GCSEs.  In addition, the English department facilitated outstanding results too with 91% of students receiving 9 – 6 grades across English Language and Literature.  Another subject of notable success is Religious Studies where three quarters of the year group secured 9 – 7 grades with 25% awarded a grade 9.

In an era of severely compressed curriculum offerings, The Marist is delighted that 90% of girls sat at least one GCSE language this year.  Such linguistic success is undoubtedly connected to our international links with other Marist schools such as Cours Fènelon in Toulon where reciprocal residential trips occur annually to strengthen both relationships and acquisition of language. The continued love of language is reflected at A level where 100% of our students achieved A* – C grades at A level this year.

Girls who deserve a particular commendation are Zoe Subramanian who has received five 9 grades, four 8 grades, two 7 grades and one A grade.  Zoe, who alongside her studies has gained a merit in her Grade 6 flute and the Bronze Duke of Edinburgh’s Award, will now go on to study maths, science and further maths in the Marist Sixth Form with a career ambition for medicine.    Another high-flying student is Alexandra Bennett who has achieved five 9 grades, three 8 grades, one 7 grade, one grade 6 and two A* grades in her GCSEs. Alexandra will progress to study physics, maths and further maths and anticipates studying astro-physics at university.

Mathematician Amy Bennett, who qualified for this year’s Kangaroo round of the UK Maths Challenge, is thrilled to have received four 9 grades, five 8 grades, one 7 grade and two A* grades including grade 7 in maths and an A* grade in further maths. Also gaining the top results in both maths and further maths, Abigail Peek is looking forward to celebrating after receiving four 9 grades, three 8 grades, four 7 grades and an A* grade.

With this year’s GCSEs having been predicted to be the hardest in a generation, mental health has never been more relevant to include in the context of wellbeing within a school environment.  Wendy Reed, Vice Principal and Head of Pastoral Care said, “Good mental health must feature in all our planning regarding wellbeing at The Marist and it’s vital that we support our girls through all aspects of school life, not solely at exam times.  We are working towards the National Children’s Bureau ‘Well Being for Schools Award’ which will explicitly demonstrate our commitment to integrating sound mental health practice into everything we do.”

The Marist School strongly advocates a focus on whole person formation and development so that the school is not a two dimensional exam factory.  The 2018 GCSE and A level results at The Marist School demonstrate emphatically that it is possible to secure the highest levels of attainment whilst retaining person centred development and care.   The recent ISI report confirms this stating, ‘The quality of pastoral care is excellent at all levels, supported by excellent arrangements to ensure welfare, health and safety.  Pupils feel valued and cared for.’

Grade (including A levels graded A*-C) alongside percentage of total students: 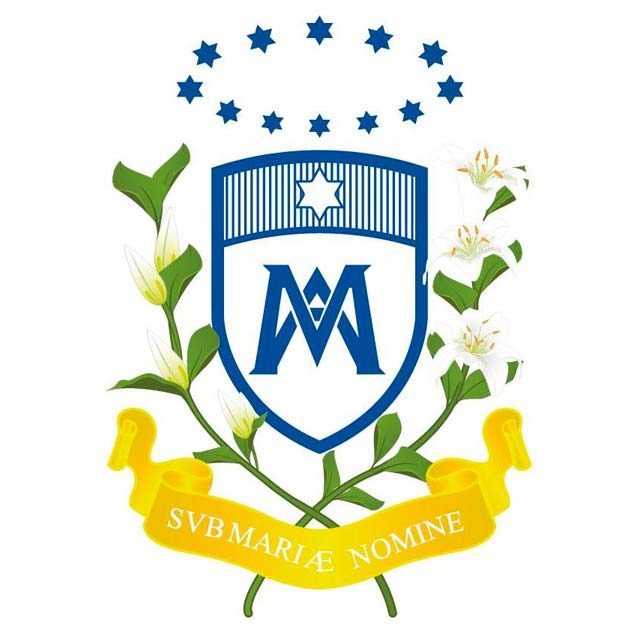 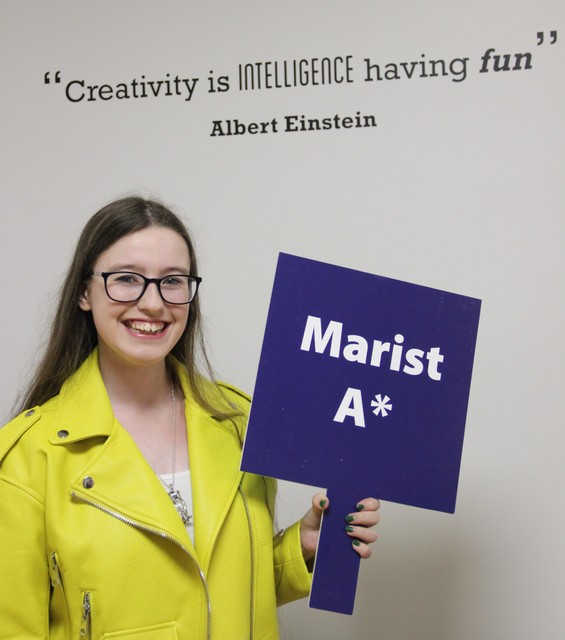 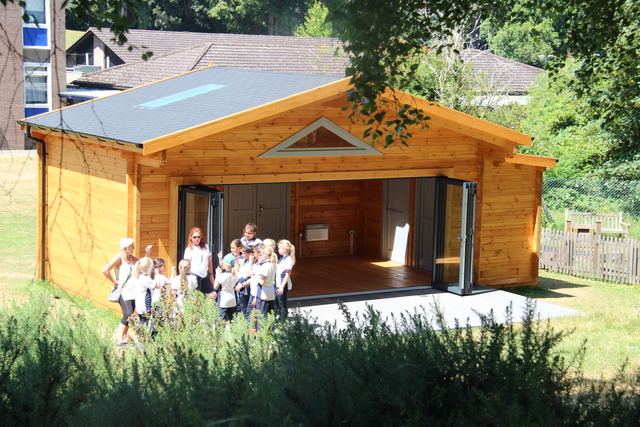