Jeremy Hunt delivered a speech entitled Brexit to a full lecture hall of staff, students and parents. His speech covered historical factors and the implications of Brexit for the country in the coming years.

Attendees were fascinated to hear Jeremy Hunt’s talk and questions from the floor included asking about the difference between a soft and hard Brexit.

After the lecture, Mr Hunt opened the school’s new Sixth Form café. This fantastic addition to the campus comes at a time when the school’s diamond model nears completion with the school’s first co-ed Lower Sixth this year. The new co-ed Sixth Form has been such a success that the Lower Sixth is already at full capacity.

Mrs Anne Lynch, Principal of The Royal School, commented, “The Royal School was delighted to welcome Jeremy Hunt and was  very pleased to hear his clear and engaging explanation of the importance of democracy and the intricacies of Brexit. It was a privilege for our pupils to hear about Brexit from a politician who has first-hand experience of the negotiations and the decision making process and also to be able to ask him questions about it.” 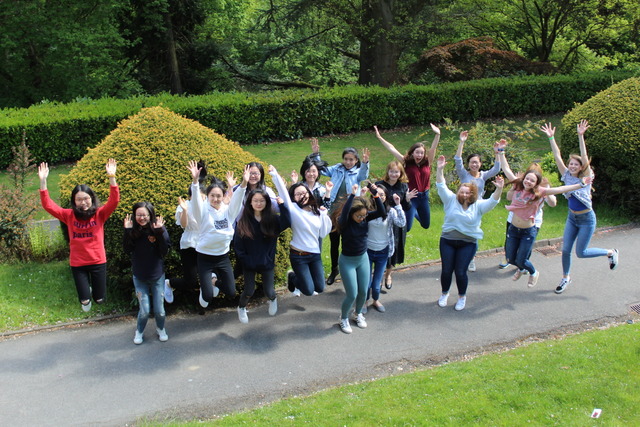