We are delighted to announce that Dr Diane Molyneux, Team Leader of Primary 6 at St George’s School, has won a prestigious national award from the Science Council for her work in teaching Science.

Diane’s award is in recognition of her continuing professional development (CPD) efforts and achievements as a Chartered Science teacher (CSciTEach). Chartered status involves an annual submission of the CPD activities, which is reviewed by the awarding body, in order to maintain chartered status.

Diane Molyneux said, ‘I am hugely grateful to the ASE for putting me forward for this award, and I am delighted that the Science Council has recognised Primary Science education, as Primary science is at the grass roots of engaging young people with science. ‘My passion is for Science and Maths teaching. What really makes me tick is finding ways to engage children with science – developing their scientific capability, their way of looking at things, and encouraging them to be scientifically critical about topical issues such as the war on plastics and the debate about fossil fuels. I am particularly keen to promote science as a career choice for girls, and to promote positive role models for girls in science.’

Mark Ashmore, Head of Science at St George’s commented; ‘Diane has developed the Primary 6 science course over the last year, with significant self-reflection and evaluation of the lessons. This has led to an effective and engaging science course for the P6s making full use of our lower school laboratory facilities, and provides an excellent grounding in skills and knowledge for girls to study science further up the school.’

Members who have attained chartered status, from 29 professional national bodies of Science, are eligible to enter the CPD Science awards and Diane was nominated by the Association for Science Education (ASE) for the Chartered Science Teacher category. Other awards are for Registered science technicians and Chartered Scientists. To win the award, Diane had to demonstrate commitment to undertaking work-based and self-directed learning at a high, exemplary standard in order to enhance the quality of her practice and to benefit colleagues, and the students she teaches. Substantial initiative and evidence of reflection on the impact of her practice are expected. She is the only teacher in this year’s list of UK award winners. The Award ceremony was held on Tuesday 30 October at the Royal Society of Chemistry, Mayfair, London.

In 2002 Diane joined the ASE, the national teaching body who promote excellence in Science teaching and learning in primary and secondary education. Diane was awarded Chartered Science Teacher status in 2009. The ASE was granted a Royal Charter in 2004 and awards Chartered Teacher status under licence from the Science council.

Over the last year, girls in her Primary 6 Science lessons have benefited from an increase in practical hands-on work focusing on problem solving with projects such as Time, Trees and Forces as part of the BBC Terrific Science programme. Children submit their results that are used in universities as part of real research. Establishing an international EcoSchools link with a school in India on environmental issues made the children’s research really come to life. Diane’s science lessons are just as likely to be outdoors as in the classroom or laboratory, and the pupils have enjoyed using resources for the RSPB birdwatch, the BTO study of bird habitats and distribution of worms, the RHS gardening programme and from many other organisations.

During the year, Diane has also experimented with different techniques to encourage verbal responses rather than written responses from pupils to help cater for dyslexic children. This has involved using photography rather than asking the girls to complete written worksheets. 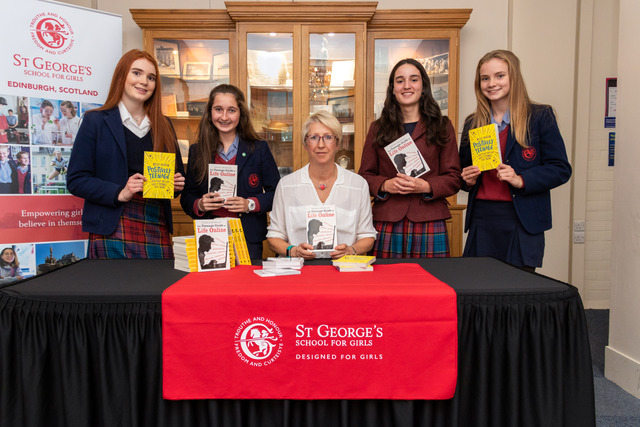 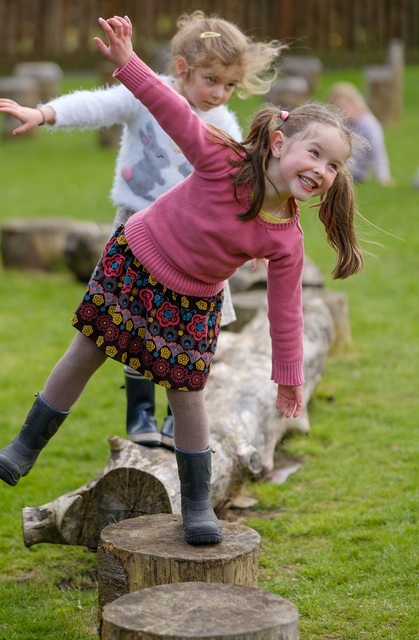 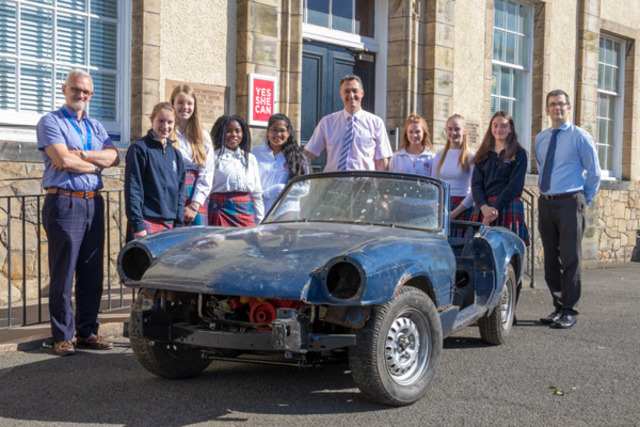 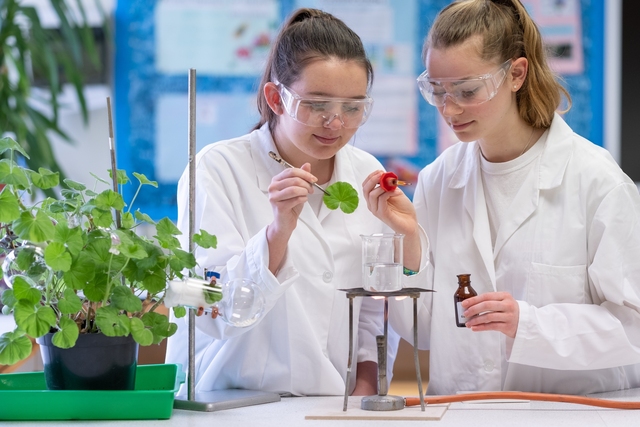