King Edward VI High School for Girls is celebrating a record set of A Level results with a remarkable 35% grades at A*, the highest percentage since the A* grade was introduced, 75% at A*/A and 96% grades at A*/B.

Bucking the widely-reported national trend of fewer girls studying STEM subjects, 74% of KEHS’s students took at least one STEM subject (Science, Technology, Engineering, Maths); 39.5% of students studied Mathematics, with 93% of these grades at A*/A. Similarly, 24% of students studied at least one Modern Foreign Language (French, Spanish or Russian) and 91% of the grades were at A*/A.

13 students have achieved the grades required to take up their places at Oxford or Cambridge, to study a range of subjects from Philosophy, Spanish and Portuguese to Engineering and Natural Sciences, although one has decided to pursue a different course and has opted to read English at St Andrew’s instead.

Principal Ann Clark said, “ I am delighted with these exceptional results which are a testament to the determination, hard work and commitment of our students, together with the professionalism and dedication of the staff at KEHS. I am extremely proud of our students who excel not only academically, but also in myriad ways: in debating, in Music and Drama, and on the Sports Field, and also involve themselves in Community Service, raising money for a range of different charities and volunteer with the elderly and with local primary school pupils”.

Among the stand-out performances from this multi-talented year-group were:

Jessica Tedd from Stourbridge, who has won a place at Brasenose College, Oxford to read Physics thanks to 4 straight A*s at A level in Physics, Maths, Further Maths and Biology. She was also selected for the UK Astronomy Olympiad team. In her GCSEs in 2017, Jess scored an impressive 12 A*s including Astronomy and is among the top scientists the school has produced. Her father Dr Bernie Tedd is Head of Physics at KEHS and founded the school’s Astronomy Club which has gained a cult following with many girls opting to take Astronomy GCSE. Jessica is also a talented violinist and dancer, playing in the CBSO and Dudley Youth Orchestras, being co-leader of the school’s Symphony Orchestra and excelling in Acrobatics, tap and ballet which she teaches in her spare ttime. She has been awarded KEHS’s prestigious Creak Memorial Prize for service to the School.

“I felt huge relief when I saw my grades,” she said. “I’m so looking forward to going to Oxford and I’ve loved my time at this school as you get so many opportunities here, I think it’s important to pack in as much as you can.”

Aishani Ghosh, an outstanding young dancer from Moseley in Birmingham, who excels in South Asian and Modern Dance and reached the final of the recent BBC Young Dancer Championship has received an unconditional offer to read Politics and Economics at Nottingham University. However she has opted to follow her passion for dance and take up a coveted place at the London School of Contemporary Dance. Aged 11 Aishani was the youngest person to be given a coveted place on the Advanced Dancers Training programme at the Birmingham Hippodrome and the only one ever selected for both South Asian and Modern Dance.

Talented actress Clara Harrison, 18, from Shenstone near Lichfield, achieved the grades she needed to fulfil her offer to read Education and Drama at Cambridge University, after getting 10 A*s at GCSE. However she has chosen to accept a place at St Andrew’s instead because of the strength of its English course. In 2017 Clara’s elder sister Emily achieved top-grade A levels and is currently reading Geography at Keble College, Oxford.

There was belated joy for Kirsten Rachman, 18, from Birmingham, who achieved an A* and 2 As in French, Russian and Maths, but at first feared that she might have lost out by a few marks on a place at Sidney Sussex College, Cambridge to read Asian and Middle Eastern Studies. However after some frantic phone calls to the college and the submission of her detailed A level scores, she was delighted to hear that she was indeed being offered the coveted place.

There were no such worries for Saffron Pougher, 18, from Rubery whose 4 straight A*s in Maths, Further Maths, Physics and Religious Studies guaranteed her a place to read Maths at Keble College, Oxford.

“I feel really lucky to have been at KEHS,” she said. “The teaching here is outstanding and the Maths staff always kept us interested with lots of extra activities and problem-solving above and beyond the A level syllabus. I specially enjoyed Mr Kavanagh’s Maths Club because it extends your knowledge and prepares you for the challenging areas you need to tackle when you do Maths at university. I’ve also really loved the music here – I played the flute in the school Symphony Orchestra and sang in the Chamber Choir, which was a real joy.”

Aaliyah Wallace, 18, a West Midlands hockey star from King’s Norton has won a place at Merton College, Oxford to study Spanish and Portugese after adding 3 A* A levels in French, Spanish and Economics to the full house of 11 A*s which she scored at GCSE. She hopes to follow her elder sister Chanelle into investment banking. Aaliyah who also excels at Netball and Drama, is a gifted pianist and a top ballroom dancer with a particular talent for Latin and jive, competing in national level contests.

“I couldn’t believe it when I saw my grades,” she said. “School has been amazing in helping me fit in all my sport and dance commitments alongside the academic work. The teachers were always there to talk to me and whenever I needed an extension – say during big dance championships – they always helped me and allowed me extra time to get my work in. The hockey teaching here is amazing and I specially loved going on the KEHS hockey tour to Sri Lanka. I’m just so happy.”

Sinali Gunarathne, 17, from Sutton Coldfield achieved 2 A*s in Biology and Psychology and 2 As in Chemistry and Maths but managed to combine her studies with an ambitious project to raise funds and collect thousands of books for poor communities in Sri Lanka where she was born. The daughter of two medics – her mother is a GP, her father a cardiologist – she was thrilled with her grades and as she is a year younger than the rest of her cohort, she intends to take a year off and then study Medicine at Oxford University. Long-term she hopes to become a psychiatrist because of her deep interest in mental health.

“When I went back to Sri Lanka and visited my parents’ old school, it hit me how privileged I am and how much that whole area needs. The school is short of books, equipment and money, so I began my ‘Books for Sri Lanka’ campaign via my Instagram page, raising hundreds of pounds and collecting thousands of books which are being sent out to the area. It’s great to see so many books being donated and thinking of the good they will do. I’ve really loved my time at KEHS – it’s a very academic school of course but the people here are what really make it special. They are such great characters – very kind, caring and funny.”

By contrast, Indu Appanna, 18, from Moseley in Birmngham is the only one of her extended family NOT to become a doctor. Her grades of A*s in Chemistry and French plus an A in Maths have secured her place at New College, Oxford to read French and Italian. 8 of her family members are all medics, among them her mother, a consultant endocrinologist, her father, a GP and her brother Nathan, 20, who went to King Edward’s, the brother school of KEHS and is just entering his final year at Hertford College, Oxford, reading Medicine. Indu, a sporting and musical all-rounder was vice-captain of the KEHS 1st hockey XI, a talented swimmer as well as a gifted pianist, viola player and a keen member of the school Symphony Orchestra. Long-term, she is considering studying Law and going into business.

“The best part of my school was the environment and the people in it,” she smiled. “It’s a unique place, a small school that feels like family with a great sense of community and close links between the different years. I couldn’t have had a better time.” 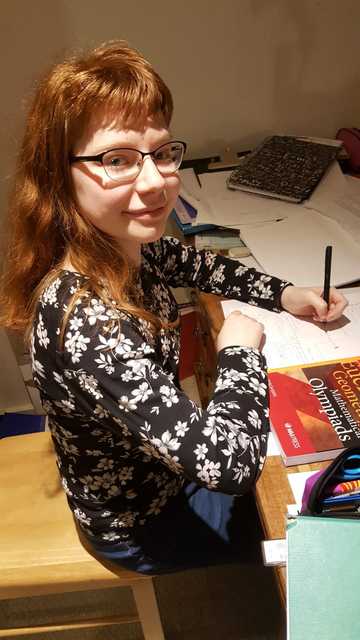 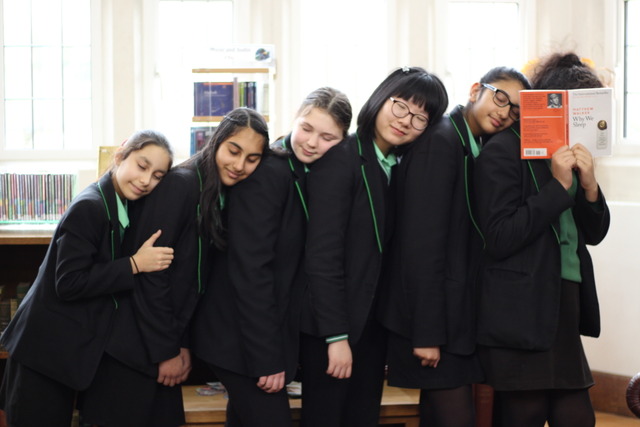 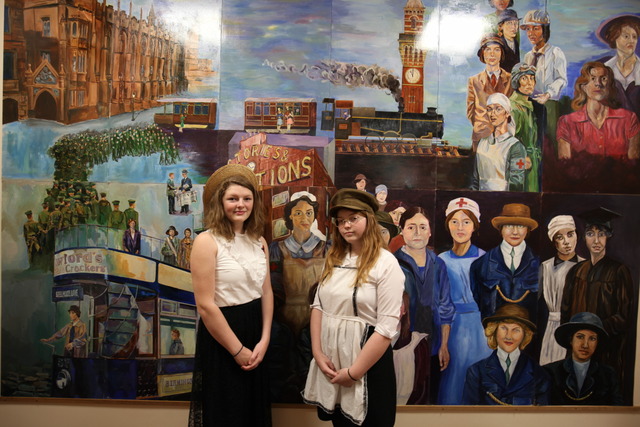