“We must prepare young people for a more globally-connected, globally-aware future”

Jane Prescott, GSA President for 2020 and Head of Portsmouth High School GDST, discusses the results of a new survey of GSA Heads about preparing children for a global world.

In her first week as 2020 President for the Girls’ Schools Association (‘GSA’), headteacher Jane Prescott has released the results of a new survey of GSA Heads about preparing future generations for a more globally-aware future. She says:

We must find ways to prepare young people for a future that is more globally-connected and globally-aware than ever before. This is a job for schools, parents and society as a whole.

Mrs Prescott – who is also a governor and trustee of state-funded Purbrook Park School – recommends that topics and activities which are currently on the periphery of young people’s time at school should become a central part of their learning, in tandem with traditional subject learning.

Many schools are already doing great things to develop agile learners ready to thrive in a more globally-connected future. But so often these are co-curricular activities that can be optional or subject to the interests of individual teachers. I’d really like to see every school doing at least one thing to prepare children for a more globally-connected world in a way that is more formally acknowledged within the school curriculum. It’s already happening as an optional or obligatory co-curricular activity in many schools, and if we could get it on a more formal footing across the board, I believe this would be an opportunity for schools of all kinds and all countries to work together, whether it’s state and independent schools in the United Kingdom, or UK schools with schools in other countries.

The GSA has carried out a straw poll of its Heads to ask them what they think are the most important things society and schools can do to prepare young people for a future that is more globally-connected and globally-aware.

It’s clear from our straw poll that GSA headteachers believe that children as a whole need more opportunities for shared experiences with other children from different cultures and countries, as well as opportunities to develop their empathy and confidence so they can communicate with a wide variety of people. So many Heads have mentioned a need for global citizenship to be taught in PSHCE or via existing programmes such as Model United Nations. These are the kinds of experiences which, together with subject knowledge, will provide our children with the skills and ability to collaborate productively with people across the world. However, there needs to be a mind-shift in society as a whole. This isn’t something which schools can or should do alone. Our survey shows that GSA Heads believe that, at the same time, society at large must support education for all children worldwide, slow man-made climate change, and generally be more respectful of the needs of others. Of course, there are many organisations and public figures, including governments, who are working hard to do all of these things and more, not to mention thousands of unsung individuals. But sometimes the conflict and the toxic lack of respect we hear about can hinder what we try to do in schools, which is simply to be kind to one another, to learn about and respect our differences, and to embrace what we each have in common. Perhaps adults, too, should be made to routinely share experiences with people from different cultures and countries or even people from different communities within their own country.

GSA President (2020) Jane Prescott is headmistress of Portsmouth High School GDST which, in partnership with a local primary school, is developing resources for schools in South Africa. Portsmouth High School also hosts an annual Festival of Languages for local primary schools, where language teachers and older pupils celebrate and share their passion for languages with a carousel of taster sessions in 11 languages ranging from Arabic, Russian and Mandarin to Korean, Hindi and Polish. Mrs Prescott is also a governor and trustee of state-funded Purbrook Park School.

Examples of global education in action in GSA schools Individual GSA schools already undertake a wide range of activities with the objective of preparing girls for a more globally-connected, globally-aware world. They include:

Harnessing the best that technology has to offer has meant that we have been able to free ourselves of physical and geographical constraints, and connect with inspirational and notable individuals and organisations from across the world. We have achieved this through the introduction of our ‘Virtual Boardroom’. This has allowed girls to connect to alumni and ‘industry mentors’ as part of a bespoke careers/business skills programme involving girls in a wide range of year groups interviewing leading women around the globe. Cybersecurity specialists in New York, Lawyers in Chicago, teachers in China etc. Girls have been able to join virtual seminars such as those provided by The Female Lead Society and engage in our ‘Women Inspire Women’ project. They have also benefitted from immersive language lessons by linking up with schools in France and Spain where they share experiences and delve deeper into cultural and social issues. By getting students to work with their foreign counterparts on projects we are also teaching them to accept and understand other’s perspectives. 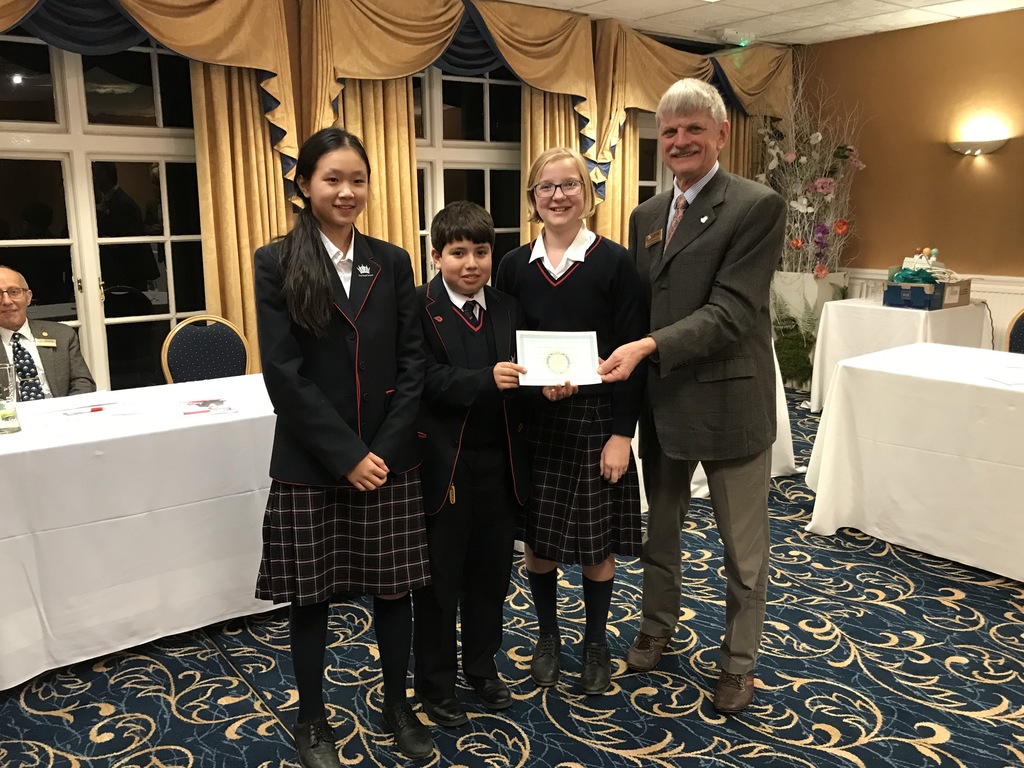 We must teach children to be discerning, says GSA President