Queen Anne’s School in Caversham continues to prove its credentials in academic excellence with a strong set of A Level results. An outstanding 81% of results were graded A*-B and 96% at A*-C. The cohort has secured places at top universities in the UK including Oxford, Birmingham, Manchester, Nottingham and King’s College, London. A number of girls at the leading independent day and boarding school have been accepted into prestigious international institutions including Princeton University and Parsons Fine Arts in New York.

Queen Anne’s is always proud of the number of students who choose to study STEM subjects at A Level. This year didn’t disappoint and 94% of exams sat in STEM subjects achieved A*-C and 78% at A*-B.

In English Literature, Further Maths, Physical Education, Religious Studies and Spanish 100% of students achieved an A* or and A and Music celebrated one pupil taking A Level a year early and achieving an A. Once again, the school’s outstanding performing and creative arts department have welcomed some fantastic results. 100% of pupils who sat arts subjects achieved A*-C.

The school’s sportswomen also showed their academic prowess with Georgina Lewis, who has excelled in lacrosse and recently represented England U19s Lacrosse in the home internationals in Scotland, achieving A*AB securing her place at Nottingham to study Sport and Exercise Science. Elite discus thrower Zara Obamakinwa has enjoyed many successes over the last year and has just returned to the UK from competing in the World Athletics Under 20s Championship in Columbia where she threw a new personal best. Zara achieved ABB to secure her place on a Higher Level Degree Apprenticeship with BT in Birmingham where she can continue to compete and train in discus. Twin sister Zoe Obamakinwa is leading the creative side of the family and has secured a place at London College of Fashion.

Many students achieved the coveted A*grades, including Lucy Burley, from Caversham who achieved A*s in Biology, Chemistry and Maths and plans to read Medicine at Bristol, and Cherry To, also from Caversham, who scored A*s in Art, Biology and Psychology will study Psychology at Queen Mary’s, University of London.

“It’s phenomenal to think that these students undertook a significant proportion of their A Level studies in a remote setting. Queen Anne’s was ahead of the game as a Microsoft Showcase School and ensured delivery of the entire curriculum and more. This, combined with the impressive commitment and enthusiasm of the cohort, meant that when pupils eagerly returned to normal school life they continued to excel academically,” explains Senior Deputy Head, Mark Richards.

Numerous girls achieved a clean sweep of A and A* grades with Head Girl and Dance Captain Sophie Bailey, from Henley, among the line-up. Sophie achieved A*s in Art and Biology and an A in Chemistry and will study Natural Sciences at Bath. Wellbeing prefect Lillibeth Biggin, from Rotherfield Peppard has secured a place at Manchester with A*s in Maths and Psychology and an A in Religious Studies and will read Cognitive Neuroscience. Lillibeth will work for the NHS in Oxford as Healthcare Assistant for a year before her degree. Freya Marshall will read Law at Exeter and is celebrating AAA* in Economics, English Literature and History. Etty Bratley, from Henley, will study Geography at Newcastle after achieving A* in Business and As in Geography and Psychology.

Holly Bureau, from Caversham, shared the celebrations with her mother Lucy who is a Queen Anne’s alumna. Holly will be attending Nottingham to study Sociology and Criminology after achieving A*BB.

“I am thrilled to celebrate the success of these young students today and so proud of my first QAS A Level cohort. I would like to congratulate the girls not only on their outstanding academic grades but on their achievements outside of the classroom, whether that’s on the sports pitches, in the concert hall or in giving back to the community. Since joining Queen Anne’s in January, I have been struck by the confidence and energy of the Upper Sixth students. They truly are leaving us prepared for their next steps into the world,” commented Head of Queen Anne’s, Elaine Purves.

The school is known for its top pastoral support and community which is reflected in the values of the pupils. “This year group show a fantastic sense of community and are passionate about making a change in the world. They were instrumental in launching the Equality, Diversity and Inclusion Society and have worked tirelessly on numerous charity fundraisers,” shared Director of Sixth Form, Ben Stephenson.

This commitment to community and social justice is backed up by many of the students opting to pursue political and social sciences at university. One of the school’s full time boarding students from Essex, achieved A*AB and will read Medical Anthropology at Princeton University in the US. Her focus there will be on Health and Policy as she ultimately wants to work on eliminating race and gender bias in healthcare. Caitlin van der Waag, from Upper Basildon, will read Law at Cardiff University and leaves the school with A in Drama and Theatre, B in History and A in Religious Studies. 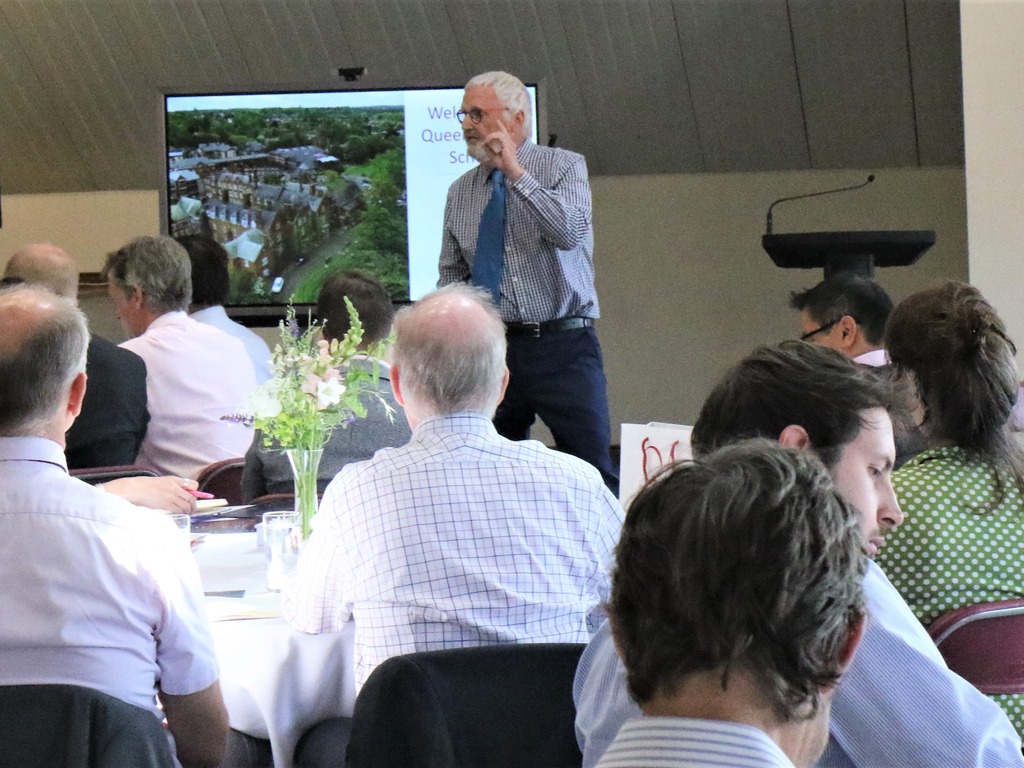 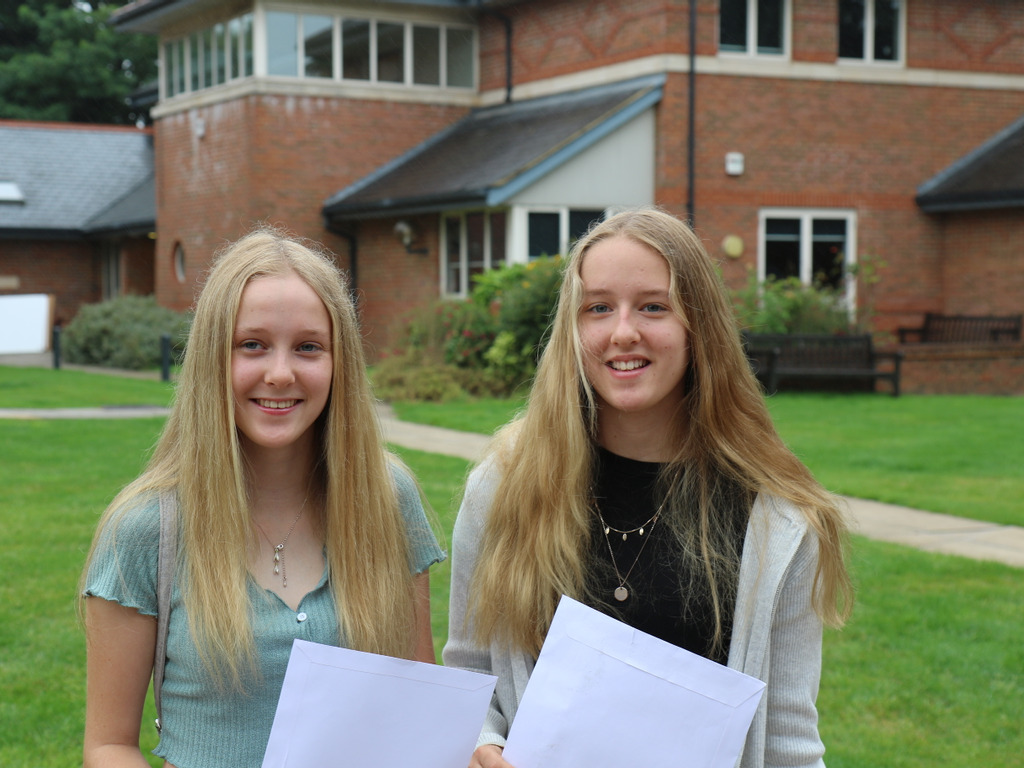 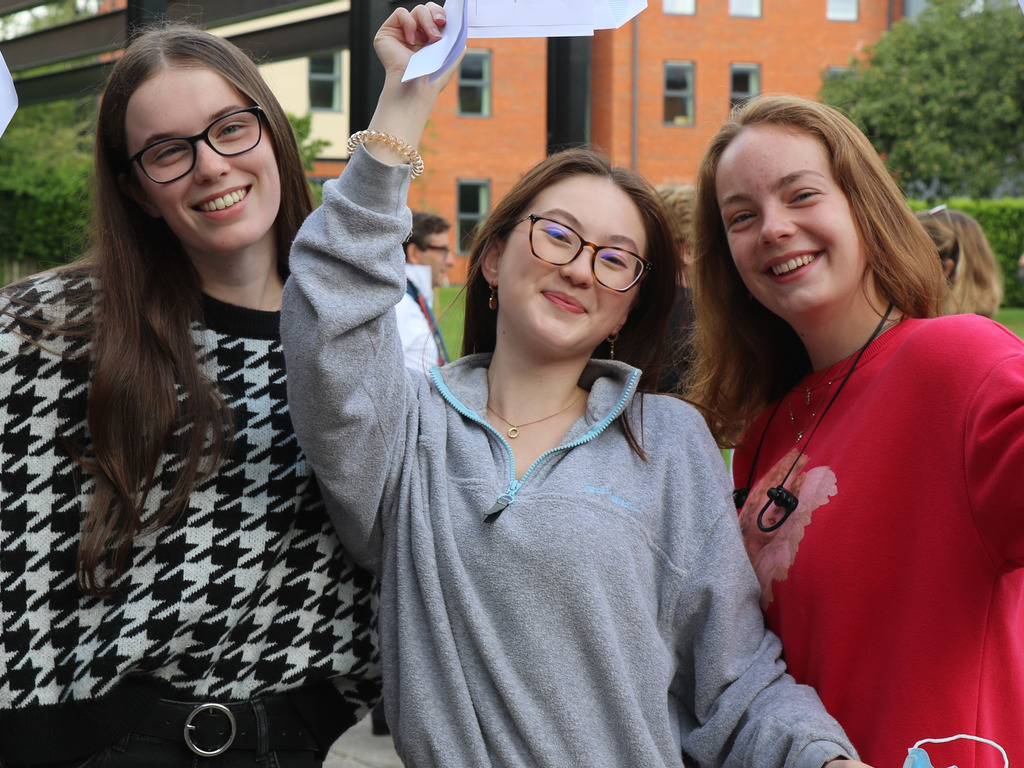 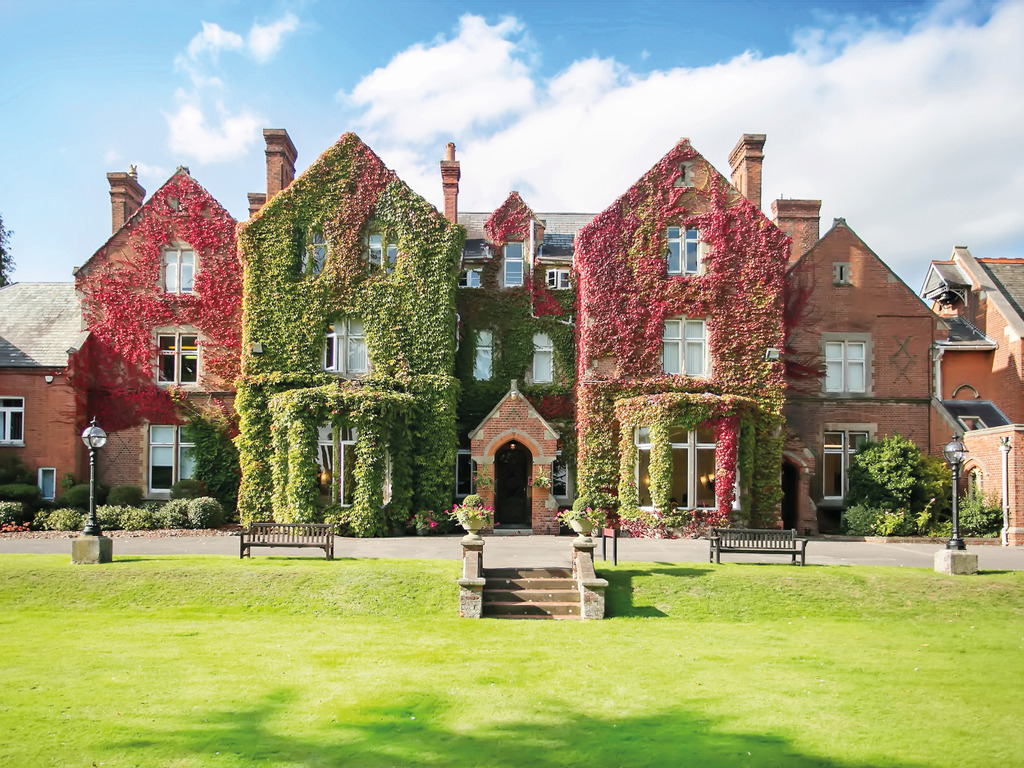