Earlier this year the Youth Sports Trust (YST, 2022) released its annual report into PE and sport provision in schools in England, and Childwise (2022) released their annual Monitor Report both of which contained a number of findings that related to girls in particular such as: 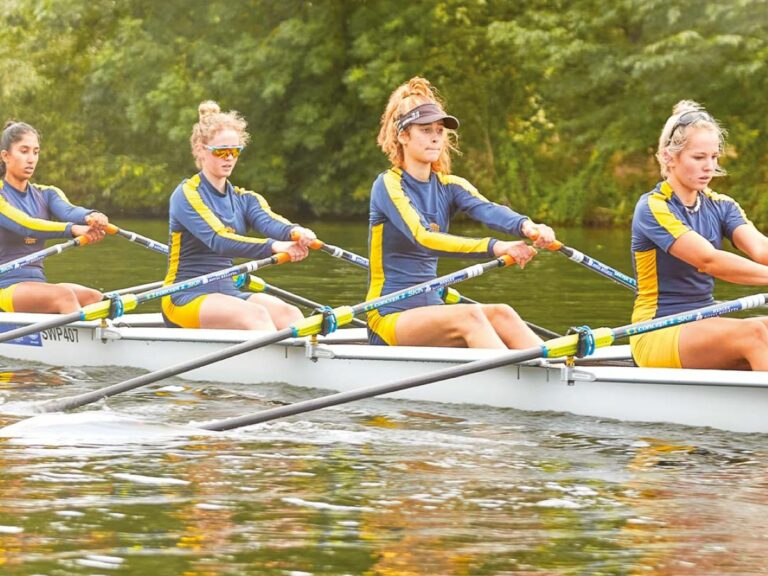 The Girls’ Schools Association has a dedicated committee focused on girls in sport that meets regularly to discuss and debate key issues such as sports kit, menstruation and other barriers to participation. Annually, GSA’s committee brings together sporting experts and over 400 girls in their Girls Go Gold event (GSA, 2022) so that these issues can be debated with the very people it affects – girls in schools. Girls in male dominated sports was a focus of keynote speaker Sue Anstiss MBE, co-founder of Women’s Sport Collective. Sue’s session, entitled “The unstoppable rise of women’s sport” certainly sparked healthy debate, particularly when the audience was asked to imagine a scenario where men were suddenly told to stop playing football, as what happened to women in 1921. Simultaneously, the GSA Team were keen to understand what provision was offered across the Association’s 160 schools.

A short five question poll was undertaken by GSA at the start of the 2022/23 academic year, to understand the offering of male dominated sports in GSA schools. Another more detailed poll was conducted several weeks later to understand corresponding take up of such sports. The poll was limited to the 125 GSA senior schools – 89 responses were received to part 1 of the poll equating to a 71% completion rate. Response for the more detailed part 2 was lower as expected, with 57 schools responding, equating to a completion rate of 46%. Collectively these schools educate over 54,000 students. In both samples, respondents came from all GSA regions and from both small and large schools in terms of pupil roll. The samples were therefore considered representative of all GSA schools. The results are displayed in Figures 1 and 2 below: 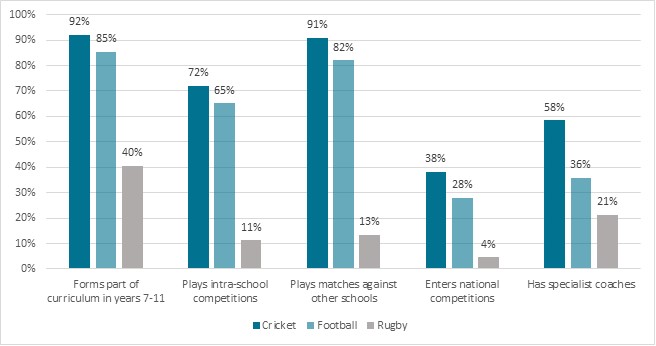 The results clearly show that the vast majority of GSA schools offer cricket and football, and a sizeable proportion offer rugby. Moreover, an impressive number of schools offer students the opportunity to play cricket and football against other schools. Compared to the national average highlighted by England Football, this suggests that GSA schools collectively offer football to more than twice as many girls proportionately. Similar national figures are not available for cricket and rugby, but we might expect a similar pattern. In terms of participation, Figure 2 shows that significantly more girls participate in cricket in GSA schools compared to the national average. More specifically, a girl is nearly 5 times more likely to play cricket at a GSA school than another type of school. A girl at a GSA school is 30% more likely to play football. For rugby the participation levels are similar. 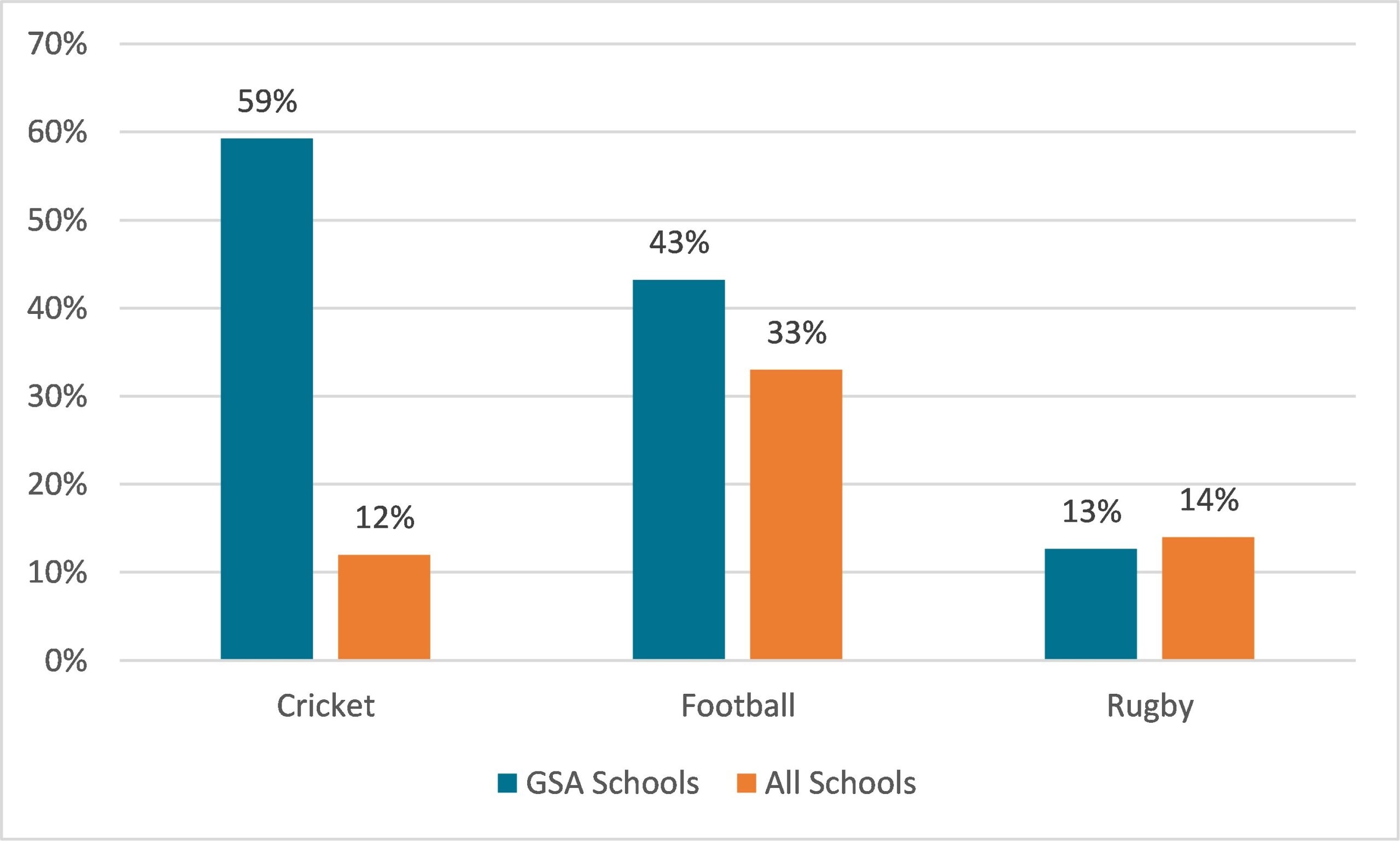 These are significant differences and show clearly that girls’ schools do buck the trend in terms of girls’ participation in male dominated sports. The reasons behind these findings were out of scope of the study, but anecdotally girls’ schools suggest barriers such as menstruation and sports kit are less pronounced in girls’ schools. Furthermore, official data from DfE (GSA, 2021) show that girls in girls’ schools are significantly more likely to study STEM subjects, particularly male dominated subjects such as physics and maths. It would be reasonable to infer that male dominated sports are likely to follow a similar pattern. Finally, a recent study by AQR international (AQR International, 2021) showed that girls in girls’ schools are more confident than girls in co-education schools, which might be another contributing factor. Research from the University of Birmingham (Dr Appleton, 2017) found that young female footballers reported higher levels of confidence, self-esteem, well-being and motivation, than girls who play no sport at all.