The ‘mental toughness’ research also indicates that the pandemic may have exacerbated any gaps and differences that already existed, with girls who are more mentally tough potentially having an advantage in dealing with the pandemic compared with less mentally tough girls.

The new meta-analysis, by AQR International, delves deeper into its Mental Toughness research from 2017, together with new research undertaken during the pandemic. It analyses the responses of girls in single-sex Girls’ Schools Association (GSA) schools, compared with girls in other schools. The findings indicate that girls in GSA girls’ schools generally possess higher mental toughness scores than girls in state and independent coeducational schools, particularly for emotional control and confidence. 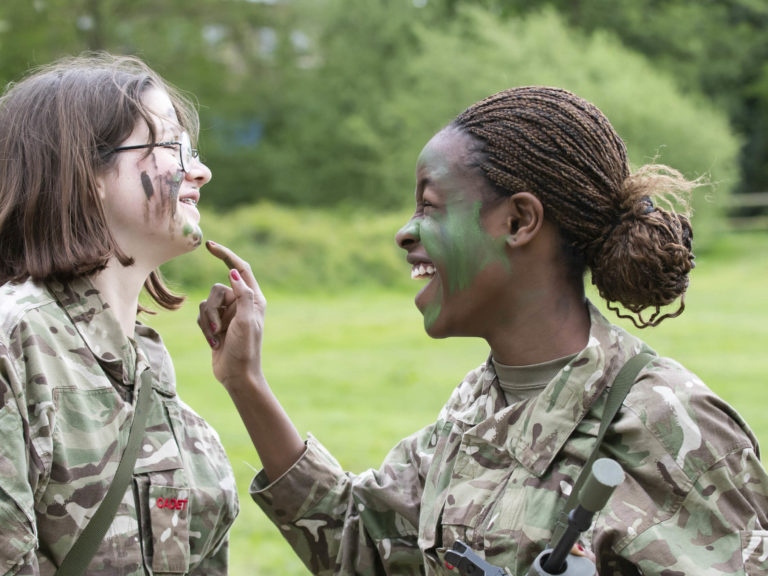 The GSA girls in general have greater commitment, greater control – particularly emotional control – as well as greater confidence, both in terms of confidence in their abilities and their inter-personal confidence. [See table below / Table 3 in research paper]

Highly resilient Heads have ‘can do’ spirit

In a separate piece of research undertaken last week, GSA girls’ school headteachers took the adult version of the same Mental Toughness test which indicated that, as a group, they are highly resilient, with a level of Mental Toughness significantly higher than average. Seventy-six per cent of GSA headteachers took the test, which produced a mean total Mental Toughness score of 6.46, which is consistent with research on mental toughness profiles for senior leaders in other sectors. The Heads scored particularly highly – 7.31 – for Control which reflects a sense of self-worth commonly described as a ‘can do’ spirit’. [See GSA Heads table below].

Mental Toughness is a well-evidenced concept and personality trait which describes how we respond mentally to stress, pressure, opportunity and challenge. It can be developed, and research shows that it correlates with attainment, wellbeing, aspiration, and the ability to deal with change.

AQR’s meta-analysis also includes a study – by Dr. Dara Mojtahedi of Huddersfield University – which has explored the relationship between Mental Toughness and self-reported levels of depression, anxiety & stress during the Covid pandemic. This study indicates that, the more mentally tough a person is, the better able they are to deal with being anxious, stressed or depressed.

AQR chief executive, Doug Strycharczyk, concludes:
“This has significant implications for much of the population, during and after the pandemic. It shows the importance of being aware of an individual’s and an organisation’s mental toughness. Differences in Mental Toughness may well have widened during the pandemic. Any government ‘catch-up’ scheme would do well to take this into account.”

Donna Stevens, chief executive of the Girls’ Schools Association, said:
“This is a fascinating insight to the environmental impact of a single-sex school on girls’ confidence and emotional resilience and may well explain why girls in girls’ schools typically tend to do better academically, and are more likely to choose to study STEM subjects, than girls in coeducational schools. The level of resilience indicated in GSA Heads should inspire great confidence, in any parent, in their ability to lead their schools calmly and robustly through challenging times, as indeed we have seen during the pandemic.”