Not many children can say they have presented at Windsor Castle at a global conference. So imagine our girls’ excitement when they were asked to talk about our Roots & Shoots activity in front of Dr Jane Goodall DBE and her colleagues from the international Jane Goodall Institute.

Miss Raimes said: “For the last three years, Dr Jane has been loaned Windsor Castle by the Queen (while the Royal family are in Balmoral) for her international Jane Goodall Institute/Roots & Shoots conference. 24 youth leaders from around the world meet together to discuss conservation projects. It was the end of the week for them, and after lots of planning and thinking, the Prep School girls were going to give them a break, and show them what a British school can do to make the world a happier place.”

“After watching the changing of the guards, the girls assembled in the oldest hall in the castle, St George’s, where William Shakespeare first staged ‘The Merry Wives of Windsor’. The girls presented brilliantly – they had been practicing their lines at home, and aided by lots of photos on a Powerpoint, the audience were spell bound! After speaking at length about the charities JAPS supports, including the Nepal ‘Moving Mountains’ campaign and all our Eco work, the girls were given a standing ovation. Ms Stack was told by several people there that it was the highlight of the conference!”

Eden in Y5 said: “It was a bit scary to present but very exciting. In the audience were representatives from some of the countries where we have been supporting charities like Uganda and Nepal. It was really lovely as afterwards they came and said thank you for the work we have been doing. At the end of the presentation some of the audience members started crying and they were really happy we had come.” 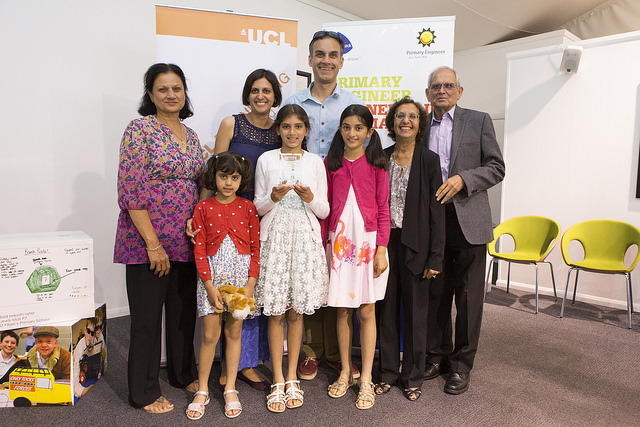