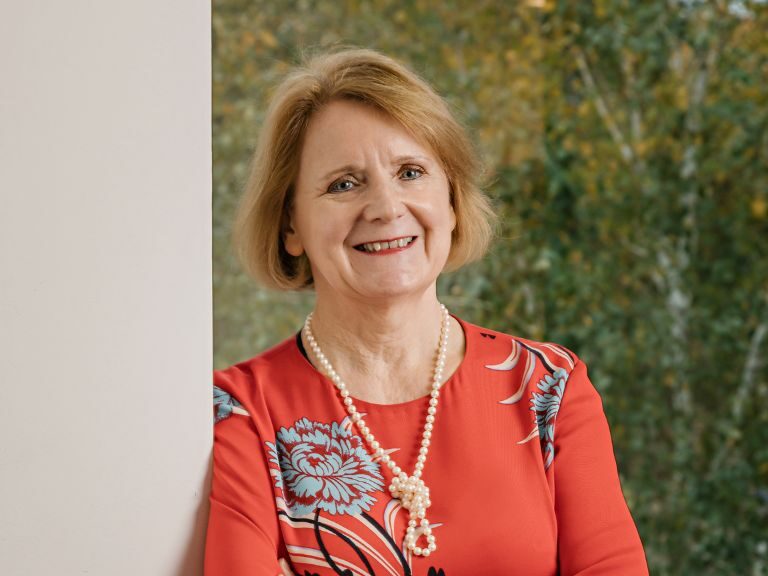 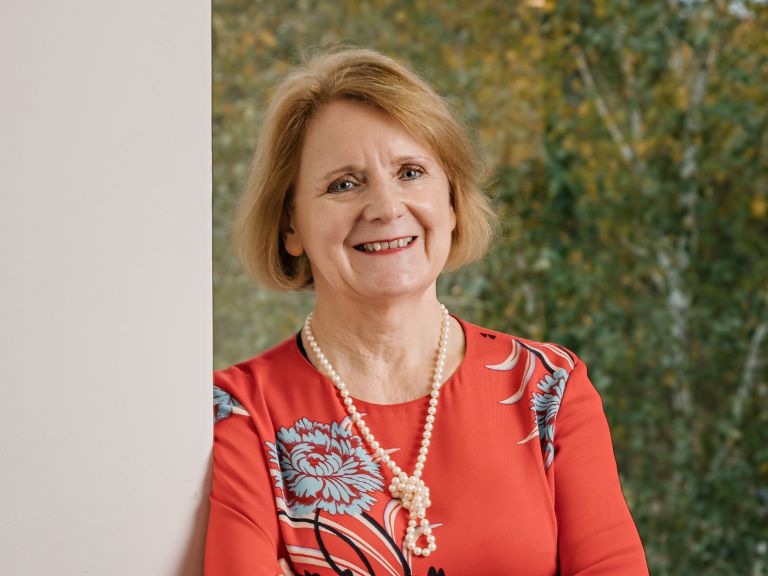 Mrs Hanbury was educated at grammar school in Belfast, read Geography at Edinburgh University and then Land Economy at Wolfson College, Cambridge. She started her working life in the City of London, first as a market analyst, and then becoming a senior consultant with Touche Ross Management Consultancy. Her final role before becoming a teacher was as Head of Corporate Fundraising for VSO.

In 1996 she began her career as a teacher after completing a PGCE at London University.  Her first appointment was at Blackheath High School where she progressed to Head of Sixth Form. From there, she moved rapidly via Haberdashers’ Aske’s School for Girls to Deputy Head at Latymer Upper School before taking over as Headmistress at Wimbledon High School in 2008.  She has been Head Mistress of Lady Eleanor Holles School since September 2014. 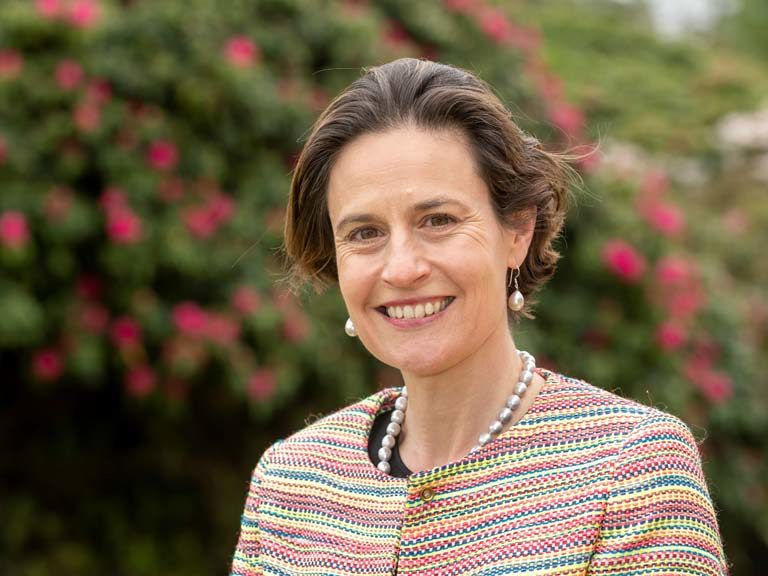 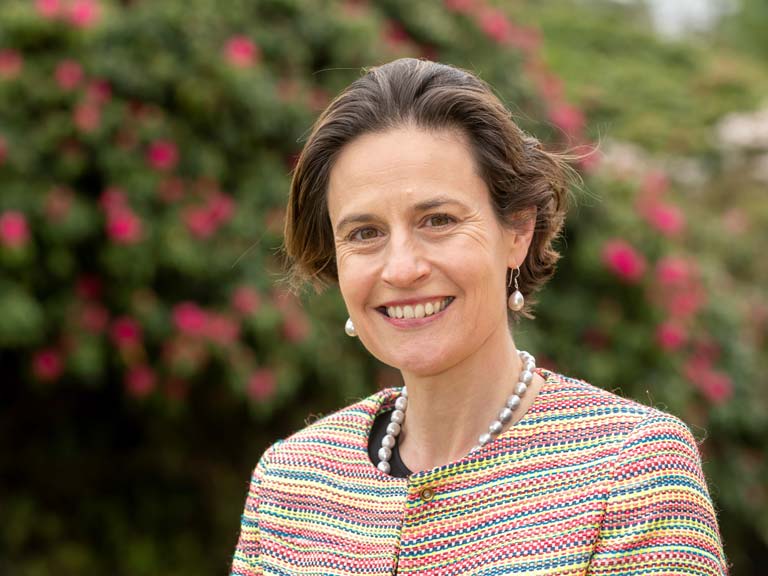 Samantha Price was educated at Malvern Girls’ College and Edinburgh University, where she read History of Art (with modules of European History). Having graduated, she joined the Tate Britain and was responsible for marketing for Members and Patrons and became heavily involved with the Patrons of what is now the Tate Modern.

She started her teaching career in 1999 as a History of Art and History teacher at Reading Blue Coat School, where she stayed for a number of years. She then joined King’s Canterbury as a Housemistress, History and History of Art teacher. Her next post was to be Deputy Head at Hereford Cathedral School and from there she became Head of Godolphin in 2010.

Samantha joined Benenden as the Headmistress in January 2014 and she has until recently chaired the HMC Wellbeing Committee and the GSA Boarding Committee but now stepped down from those responsibilities as she becomes GSA President-Elect. She is a Governor at two schools, one of which is the John Wallis Academy, Benenden’s partner school, where she also works very closely with the Head.

Samantha is married with a daughter and a son. Her husband is an Army Chaplain. 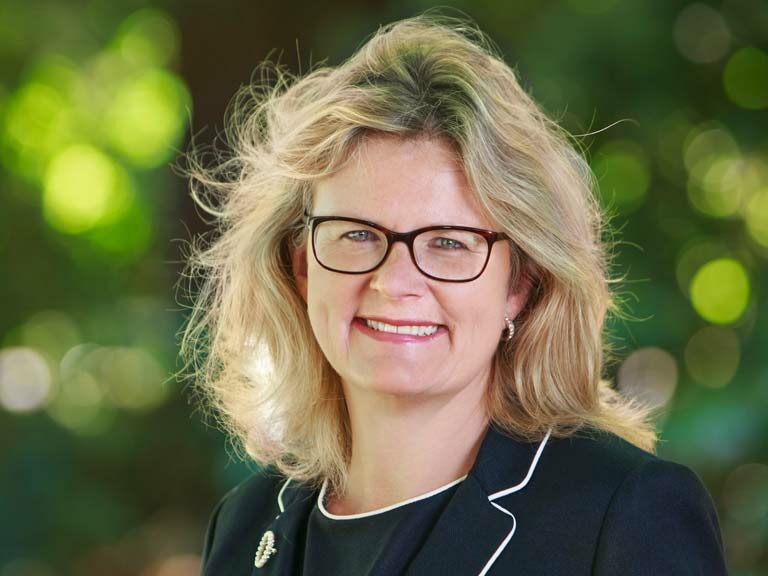 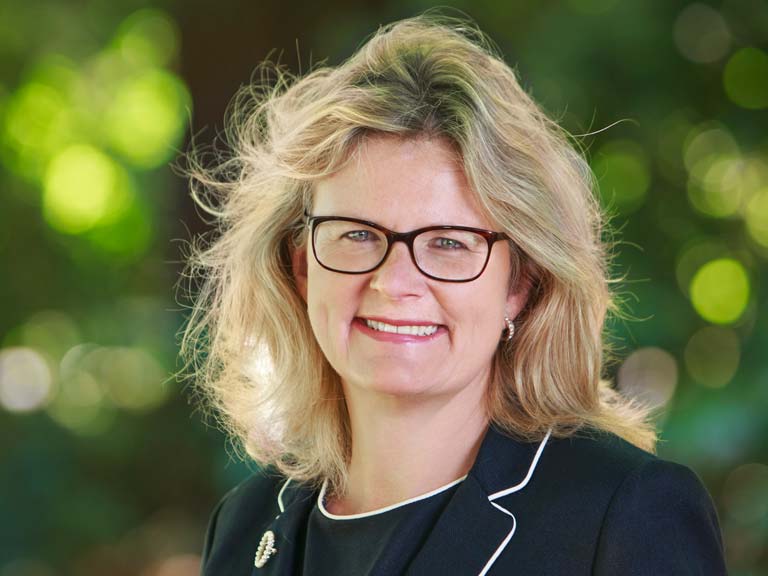 Born in India and schooled in North Borneo and Singapore, Marina Gardiner Legge was educated at a GSA school before going on to read English Language and Literature at Somerville College, which inspired a love of poetry that still burns brightly today. On completing her Oxford studies, she went on to work for a decade in advertising and marketing in London and Miami, before assuming the role of president at a charity based in Paris.

It wasn’t until she moved out to Hong Kong, several years later, that she discovered her passion for teaching and education, and made the decision to study for a PGCE. Moving back to the UK, certificate in hand, she joined Rutlish School as an English teacher, rising through the ranks to become Head of Year, Assistant Head and Head of Careers.

Following three years as Director of Studies at Heathfield School, Marina became Headmistress in 2016 and joined Oxford High School as Head in January 2021.

A passionate believer in the power of girls-only education to change lives, Marina has been described by those who have had the pleasure of working with her as fiercely intelligent and a very capable and caring educationalist. 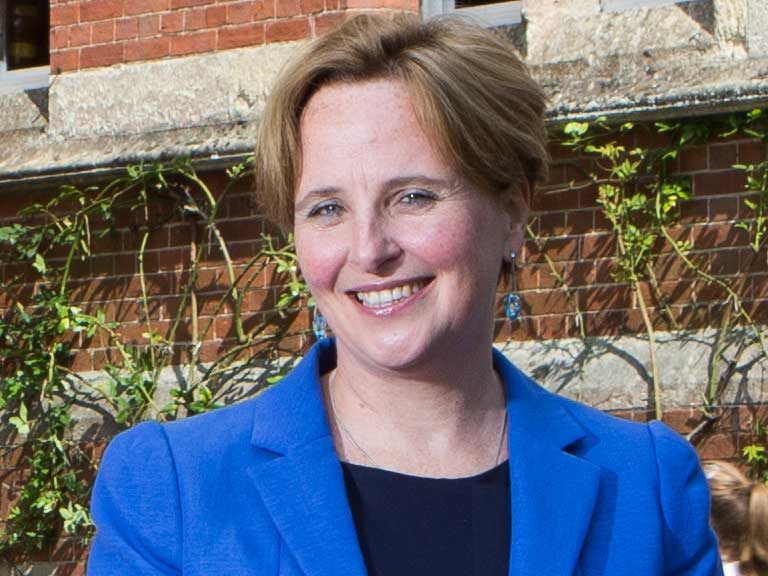 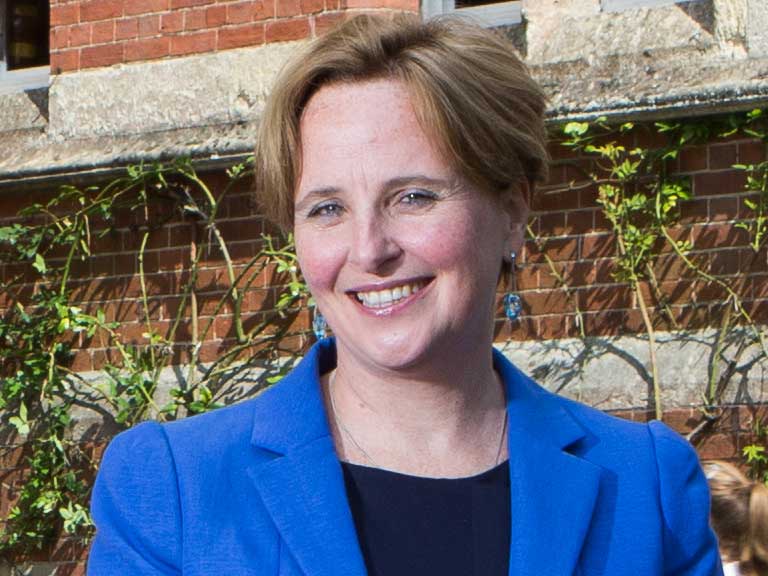 Antonia Beary was born in Cheshire and educated at Loreto Grammar, Altrincham and, after moving to Shropshire at a local comprehensive school. She went up to Trinity College, Cambridge to read Anglo-Saxon, Norse and Celtic, changing to English for her final degree. Having learnt to row with 1st & 3rd Trinity she subsequently represented the university and was Vice-President of CUWBC. Remaining in Cambridge after her PGCE in English and Drama and an MPhil in Education, she took up her first post at The Leys School, as teacher of English and Assistant Sixth Form Housemistress. Moving to Ampleforth College she taught English, was involved in drama and assorted publications, and was appointed Housemistress of the first girls’ House. In 2004 she became Head of Sixth Form at New Hall School and moved to Mayfield (formally St Leonards – Mayfield) as Pastoral Deputy Head in 2006. She was ‘upgraded’ to her current role of Headmistress in 2008. Antonia was formally the Chair of CISC [Catholic Independent Schools Conference], and is currently Honorary Treasurer of GSA which until recently involved being a Board member of ISEB. She is a governor at a local Catholic primary school and in any remaining spare time she enjoys travel, Shakespeare and champagne. 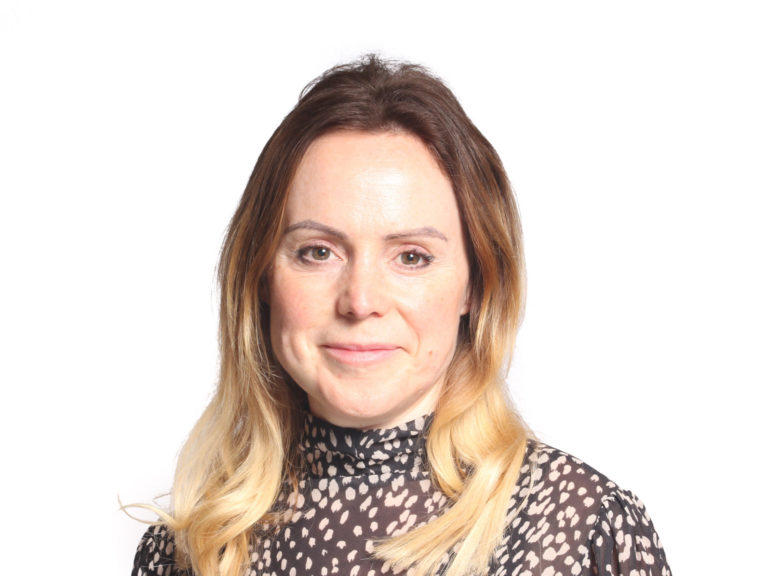 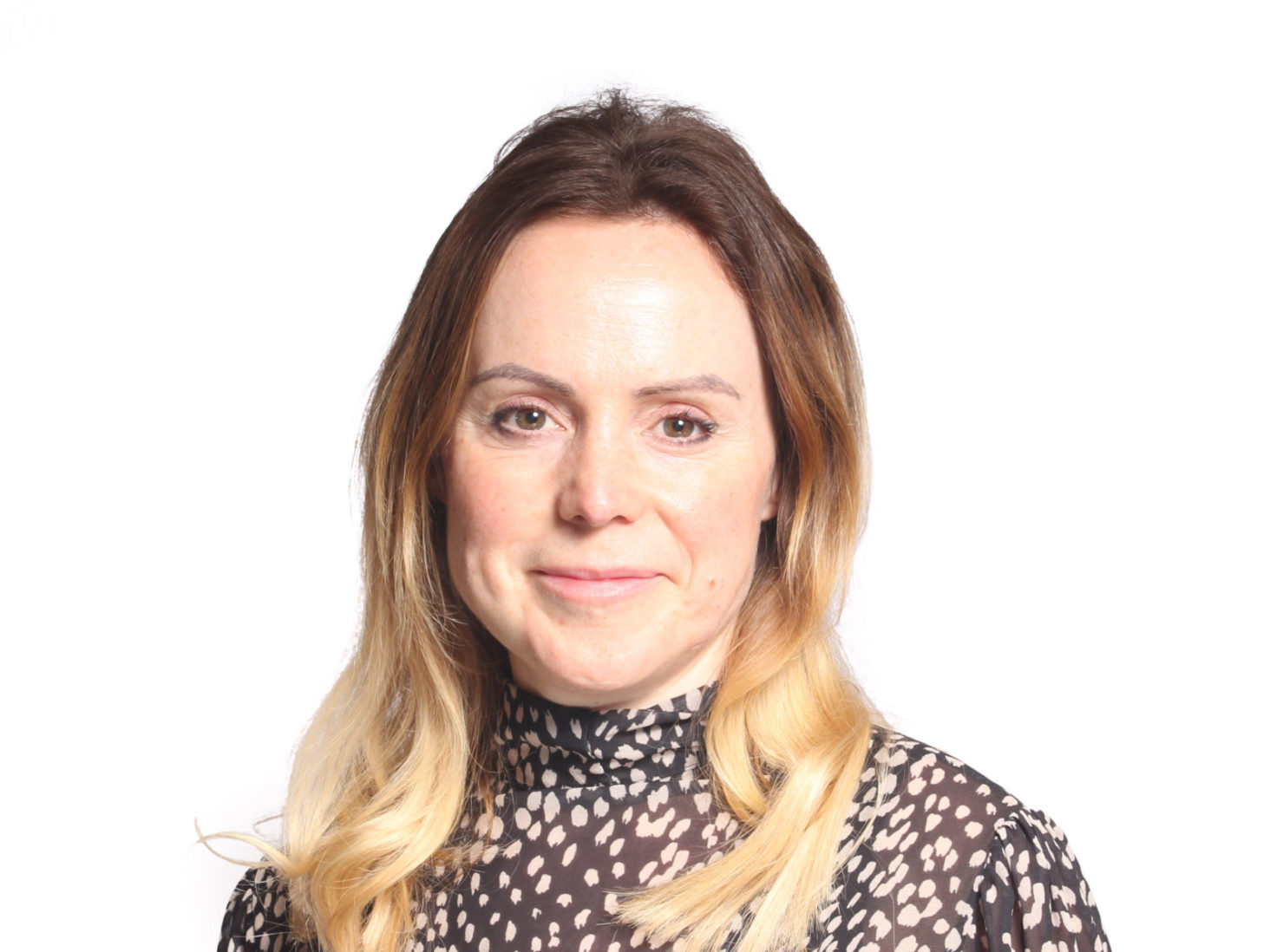 As GSA Chief Executive, Donna is responsible for working with Girls’ Schools Association members and other stakeholders to encourage high standards of education for girls and to promote the benefits of being taught in a largely girls-only environment. She took up her role in January 2021, at a critical time in the education sector, supporting GSA schools as they navigated their way through the ‘new normal’ which the Coronavirus public health crisis necessitated.
Donna Stevens was previously Head of Research for the Independent Schools Council, where she was responsible for overseeing a wide range of projects each year, such as the ISC Annual Census, the economic impact of independent schools on the UK economy and the impact of independent-state school partnerships. As a result of this, and her knowledge of the ISC’s other work, she has gained considerable insight to the issues surrounding the independent education sector and the role it plays within the UK education sector as a whole, as well as internationally. She is a regular speaker at education sector conferences.
Donna has also worked in strategic consultancy, advising across a wide range of sectors on financial matters, communication and brand strategies. In addition, she has experience in the social sector, working with organisations such as The Challenge and Action Tutoring. Donna has a degree in Mathematics from the University of Oxford, and a Postgraduate Diploma in Educational and Social Research from UCL. Outside of work, she owns and manages a successful performing arts weekend school which caters for 100 youngsters – including Donna’s own three children – and offers means-tested scholarships to local pupils. Donna also enjoys jogging and spending time with her family. 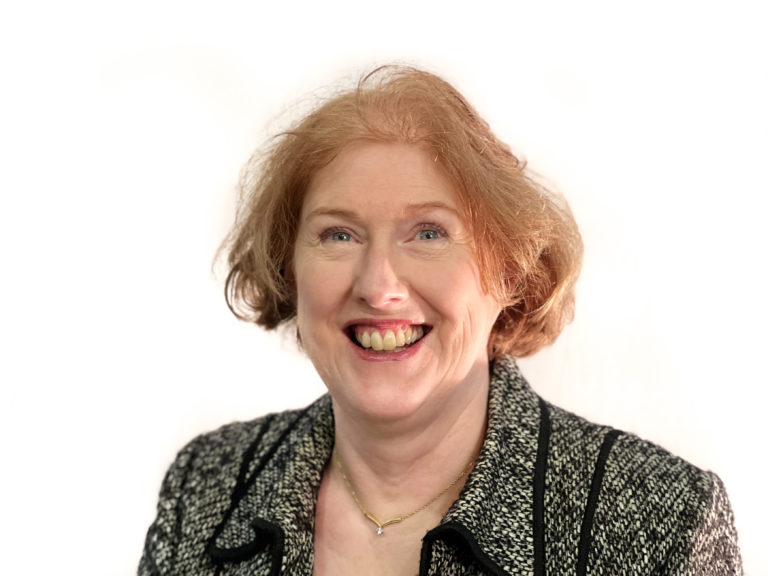 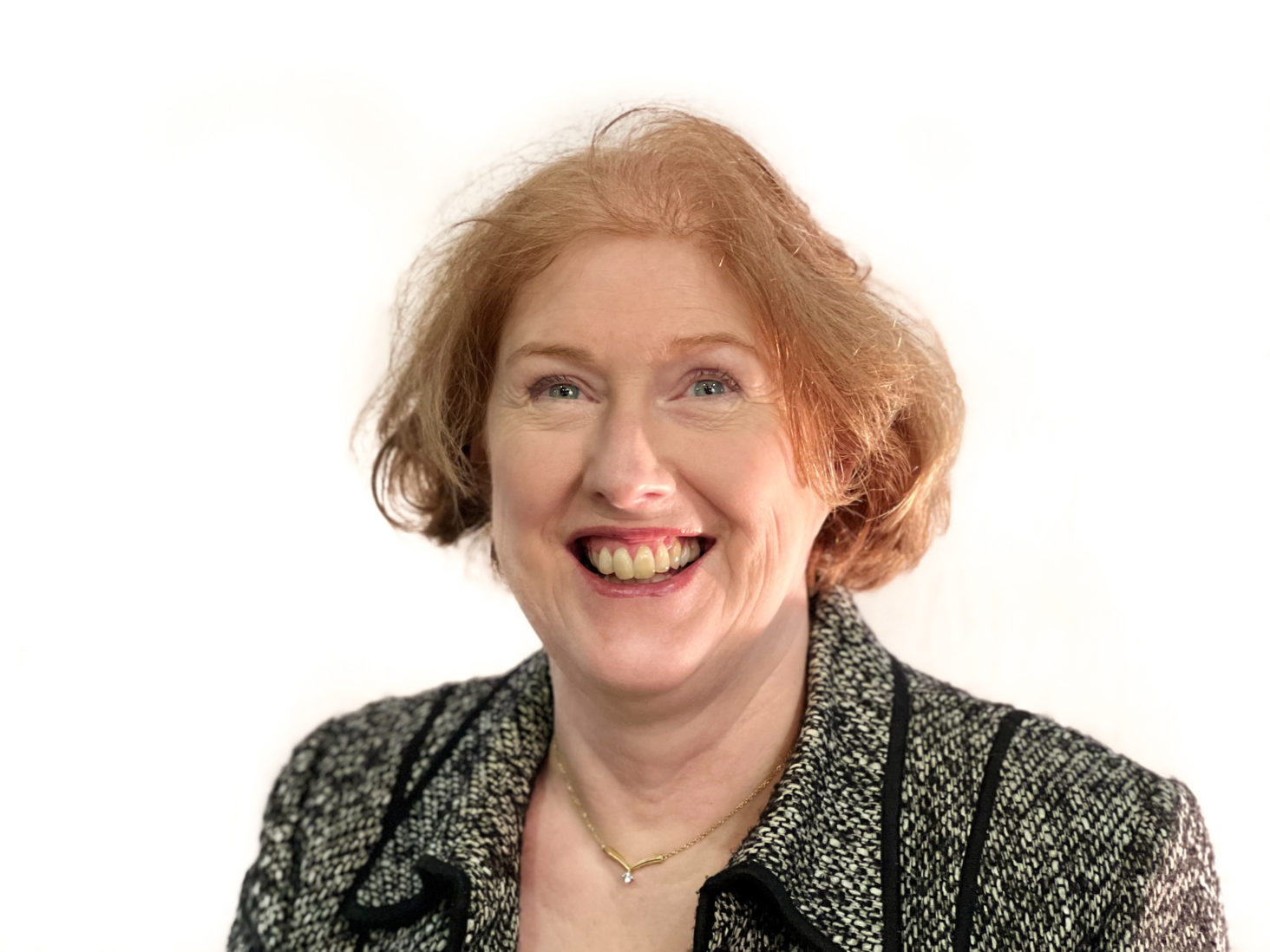 After studying Modern Foreign Languages and History at Magdalen, Oxford, Sue did a PGCE in French and German before beginning her career in a state comprehensive in Peterborough. She went on to work at Marlborough College (where she was a Boarding Assistant, Head of Junior Scholars and then Head of French), Gresham’s School in Norfolk (as Head of Foreign Languages, temporary Housemistress, and Timetabler), the King’s School in Worcester (where she was the first female Deputy Head as well as the Acting Head during the Headmaster’s sabbatical term), before joining Bolton School as Headmistress of the Girls’ Division in 2011. During her time at Bolton, the School was given the Queen’s Award for Voluntary Service and, in 2019, was TES Independent Senior School and Independent School of the Year. Sue was GSA President in 2019, having been Chair of the Education Committee for five years. Having completed her presidential year, Sue was Secretary of the North West region as well as the GSA representative on the ASCL Board and at ISC. Sue left Bolton School in the Summer of 2020 and has now returned to Worcestershire to look help care for her mother, who has Dementia. She is a Governor of two GSA Boarding Schools, as well as a Governor of Bolton University and a Trustee of the Bolton Impact Trust. In her spare time, Sue is studying for an MA in Art History with the OU, as well as enjoying singing, playing Bridge, and (covid-permitting), catching up with old friends in Worcestershire. 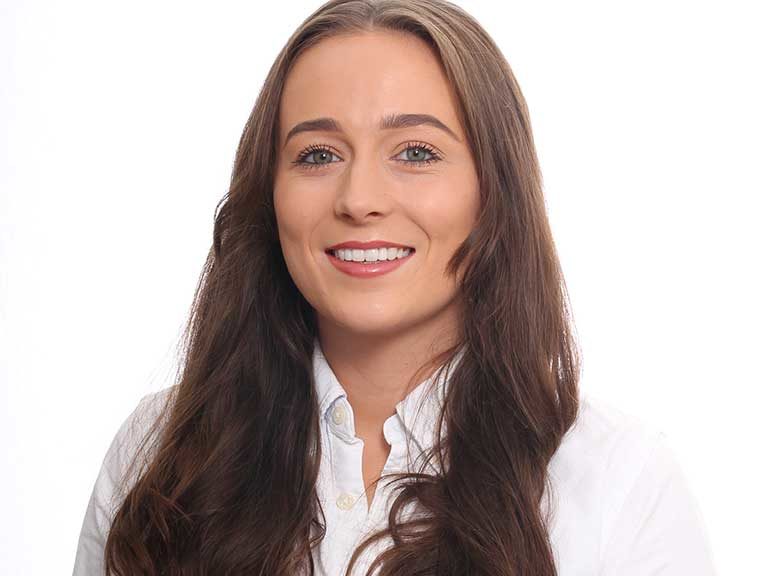 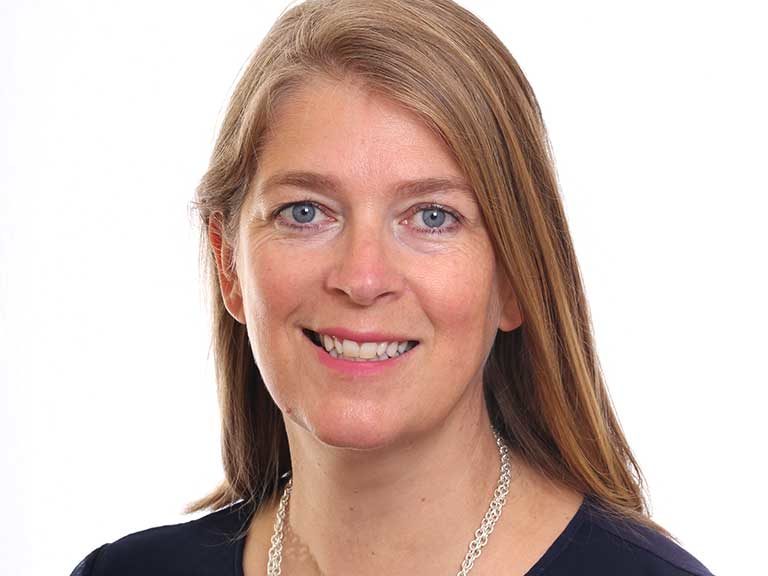 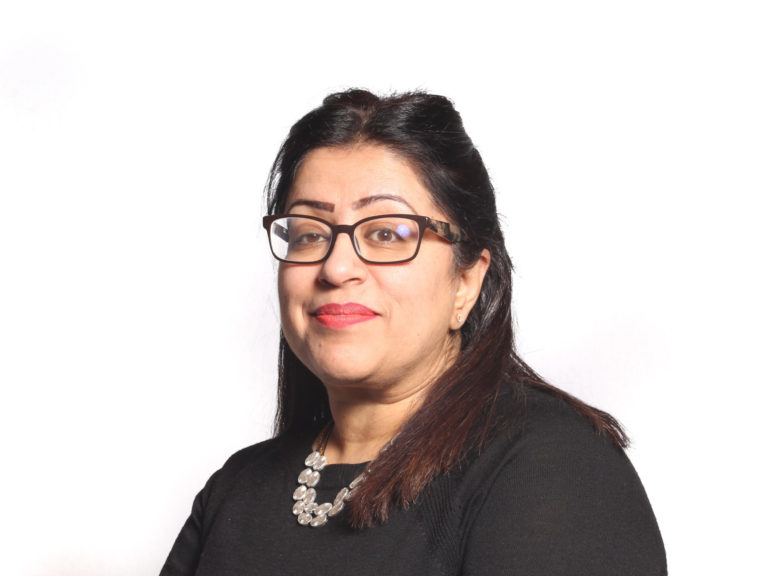 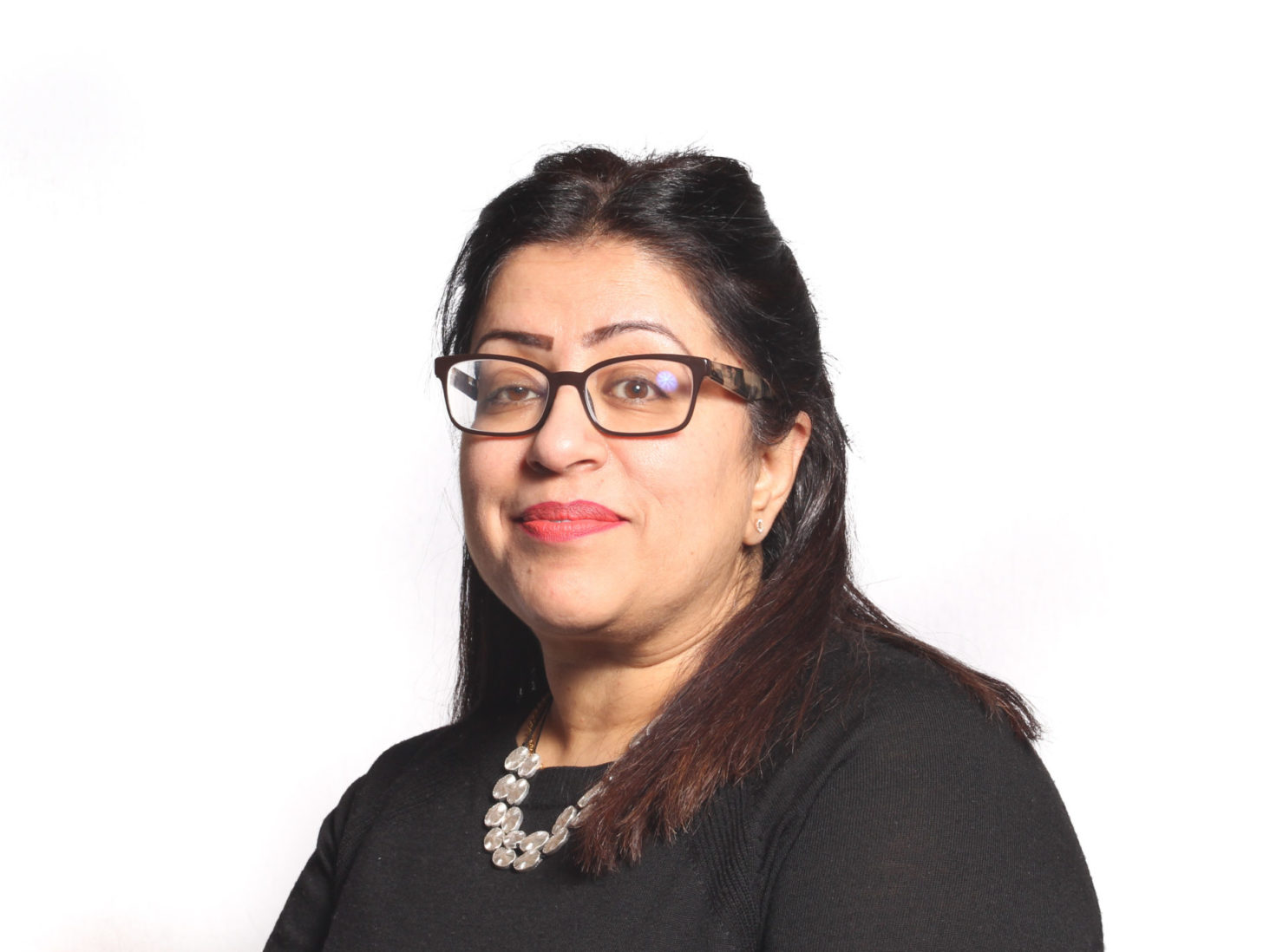 Jeven assists Donna Stevens in the fulfilment of her duties. She is responsible for diary management and agenda planning, as well as operational tasks within the office. 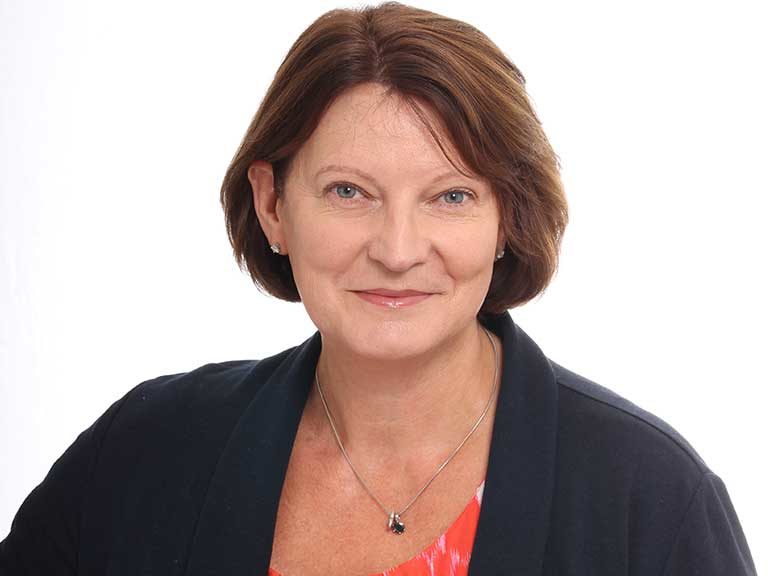 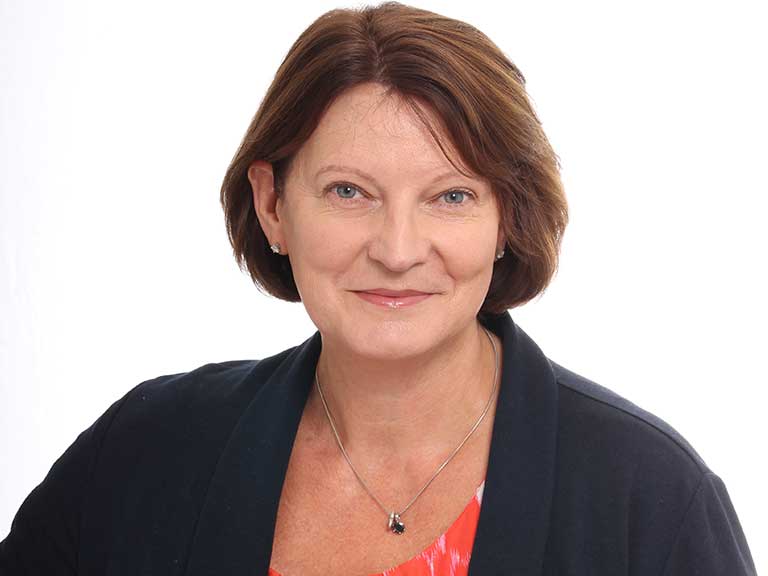 Imogen is responsible for the development and ongoing management of GSA’s digital presence, and the provision of digital communications from GSA. She is also responsible for all aspects of AV/Digital services at GSA events, managing the relationship with GSA’s IT support services and sourcing hardware and related services for all staff. 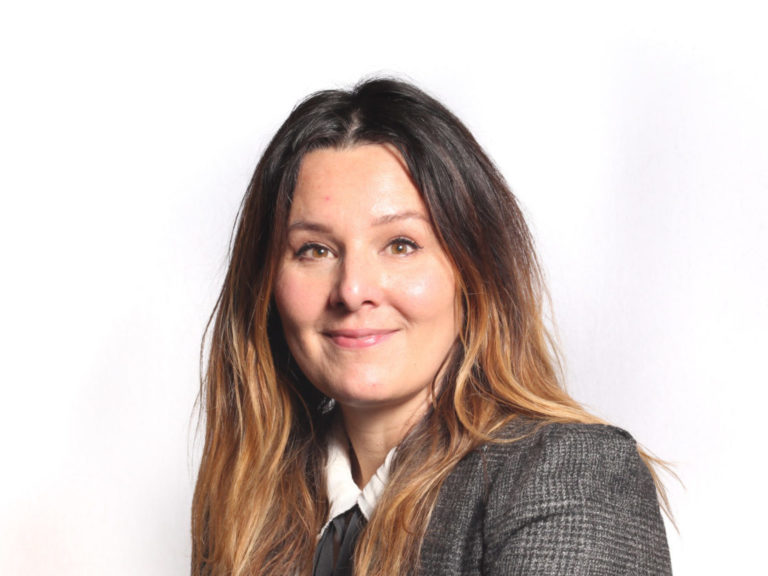 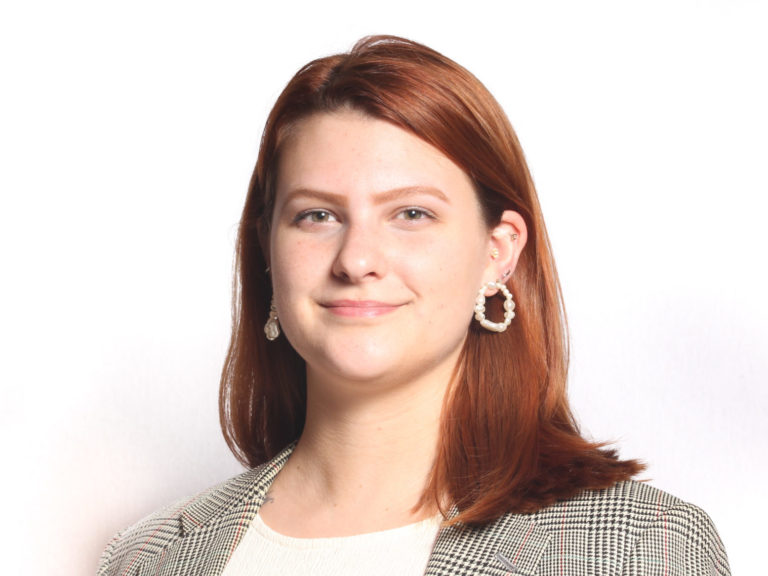 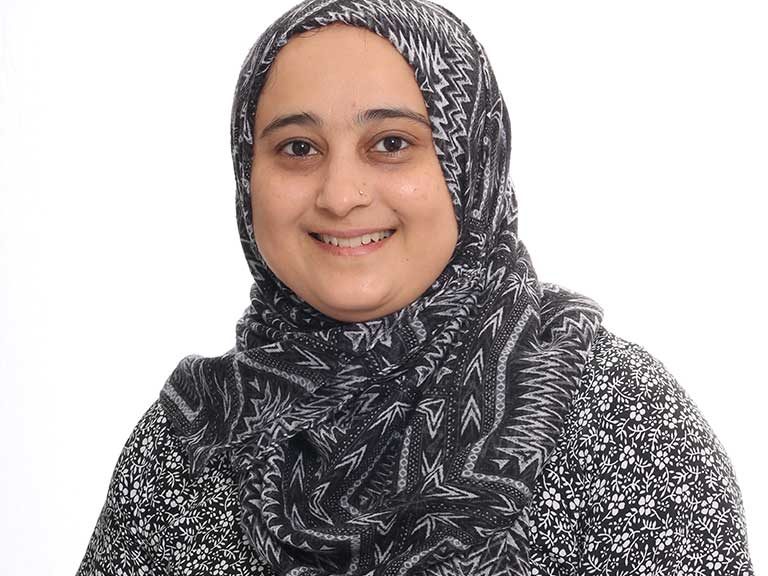 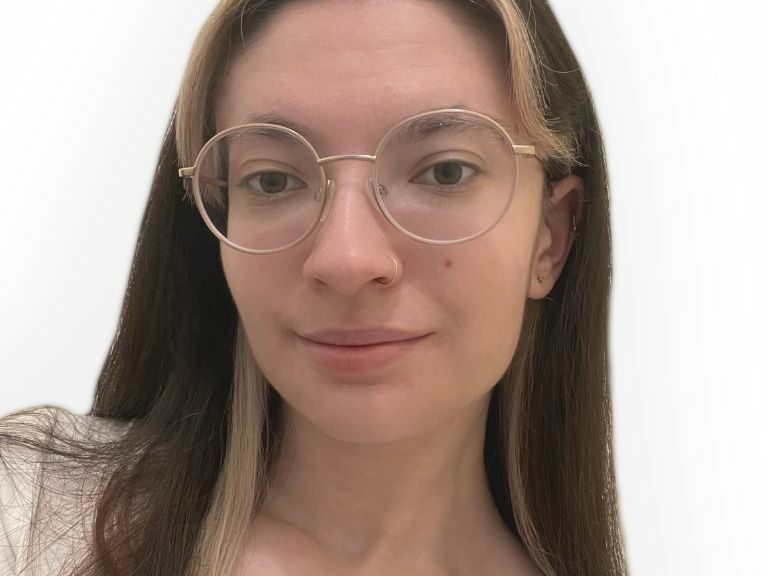 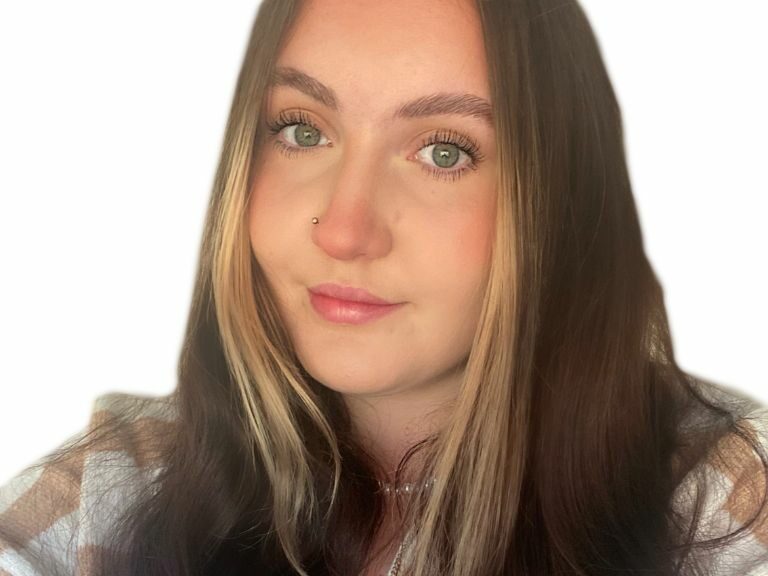 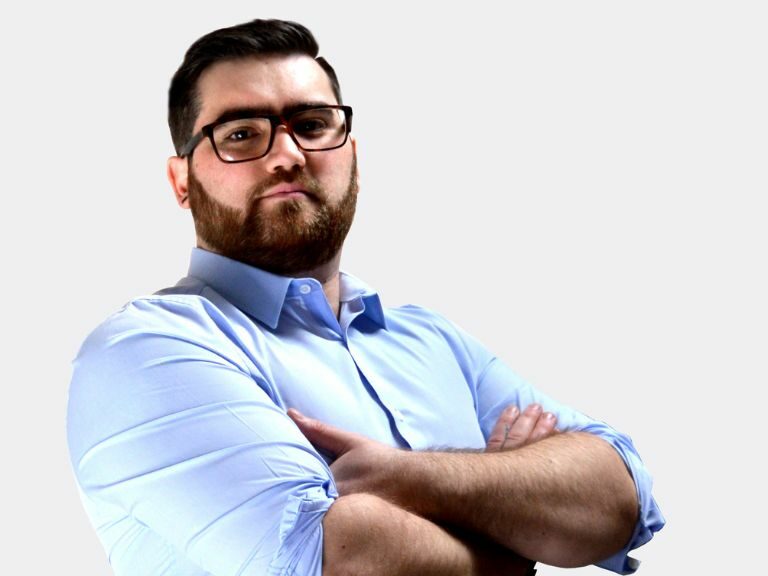 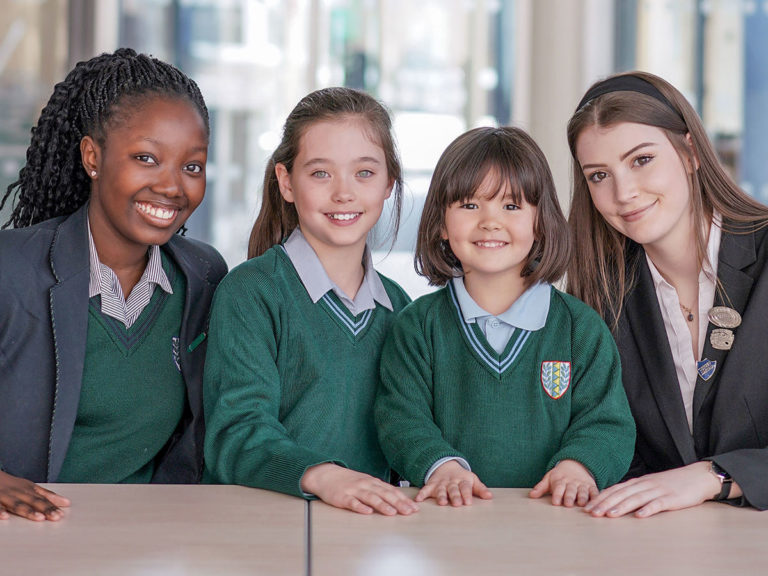 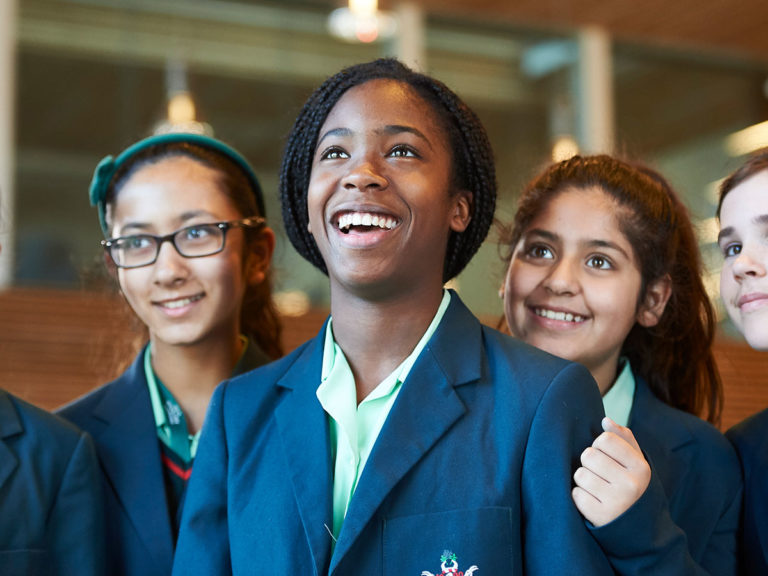 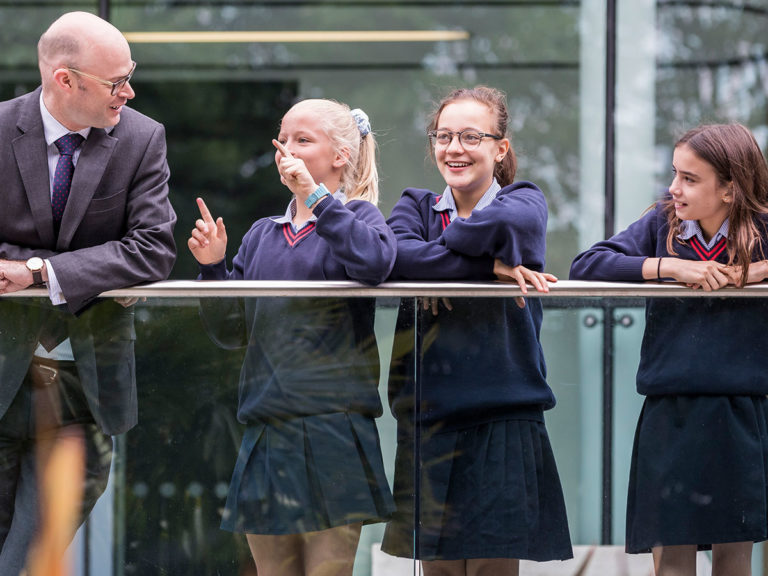 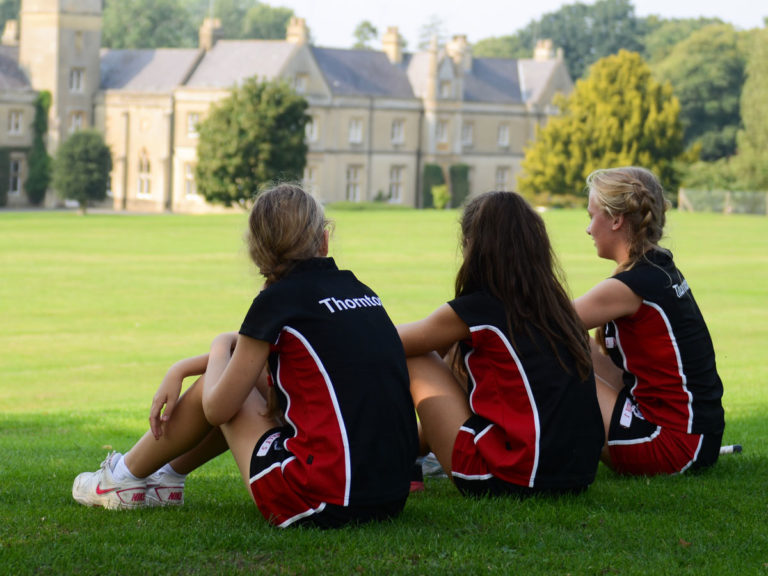