Sydenham High questions the balance of the curriculum

On Wednesday 4 November, Sydenham High School hosted a live webinar entitled ‘Building a Balanced Curriculum‘, designed to explore how we can ensure a balanced and representative curriculum. Hosted by Hannah Spence and Rachael Vaughan, staff were treated to talks from four organisations: The Migration Museum, The Black Curriculum, Book Love Multicultural Carnival and Fill in the Blanks UK. It was a passionate discussion on how we can ensure that we are providing the best education possible.

Liberty Melly, Education Manager at The Migration Museum discussed how they bring the topic of migration to life for schools, colleges, universities and community groups by exploring the role of migration in Britain’s story. Founded in 2013, The Migration Museum is the first national migration museum and explores how the movement of people to and from Britain across the ages has made us who we are – as individuals and as a nation.. Despite there being over 2000 museums in the heritage sector, migration was notably missing and given that migration is everywhere, it was very telling that it was mostly only discussed in a negative way. The Migration Museum is designed to be a space to step back from divisive and polarised debate to reflect on what migration means on a national and individual level and to prepare pupils to deal with the headlines they will face. Away from negative rhetoric, the museum looks at people’s stories, recognising and valuing migrants without prejudice and raising awareness of local and national history, and how these personal stories connect to wider British history.

Melody Triumph explained the work that The Black Curriculum is doing with schools to promote black history and a more balanced curriculum. The aim is to understand the important of diversity in the curriculum and ensure that black history is embedded year round and not simply during Black History Month. In order to educate and equip pupils it is important to teach about Britain’s history of colonialism, slavery and migration to understand about the many people of different cultures and races in this country. With a history of diversity how can young people navigate the world if they aren’t taught about it? She emphasised that it is for all subjects, not just history, to consistently involve the experiences and contributions of all people and show that they are valued. It is possible to celebrate the abolitionist movement and social justice leaders whilst recognising and criticising colonialism rather than it being an either or situation, you can celebrate and criticise to fully understand the whole story and analyse historical figures critically. To include all pupils, they need to feel that they identify and connect with what they are being taught. Though it might feel daunting to diversify the curriculum properly and not in a tokenistic way, Melody reassured us that we are all learning all the time and it will be an organic process for staff and pupils. It won’t be perfect straight away and requires research and updates but we should focus on highlighting and embedding notable black Britons – historical and contemporary – to value diversity across all subjects, acknowledging different cultures and ethnicities. She cited examples such as library books written by black British people and not just about being black, having an orchestra playing Handel’s Messiah as well as Calypso music. Not every lesson needs to be centred on race but classrooms should be inclusive environments, using inclusive language so pupils engage with their learning and your subject.

Samantha Williams shared some personal reflections of her journey to creating Book Love – the multicultural carnival, from her frustrations from feeling that there wasn’t a platform on which to express stories of her mixed background and her narrative to seeing that her children weren’t experiencing the richness and diversity in school and deciding to do something about it. She noted that it is important to start with young children and expose them to the diversity of the world so she went into schools to read stories about children from all over the world so they saw and heard about black and brown people not just white characters. She then wrote to publishers to ask why books were not being published and not ending up in classrooms. She felt that this approach, working with primary school teachers directly might bring about faster change than waiting for government to change policies and update the curriculum. There is a lot for teachers to unlearn and relearn to ensure that pupils are prepared for the globalised world we live in, but do remember that independent book sellers have some less predictable, very useful resources! It is time to revolutionise the literature our pupils are exposed to and have awareness of all cultures to be respectful citizens.

Antonia Antrobus-Higgins impressively represented her fellow co-founders of Fill in the Blanks UK and told us all about their challenge to change the KS3 national curriculum to include the study of Empire. Inspired by their social justice fellowship at the Advocacy Academy, a training programme for activism, six sixth formers (two are now in further education) began their journey to fight for the teaching of how Empire shaped the development of Britain, so that there is a critical understanding of Empire in the public consciousness – not just the positives but both sides. She spoke passionately about the lack of understanding about race as a construct designed to subjugate parts of society, not a biological status and therefore the entrenched lack of understanding of systemic racism. As part of their campaign, they organised a radical takeover of free commuter newspapers with 5000 spoofs of the Metro and Evening Standard saying that the UK had mandated the teaching of colonial history and colonial legacy in Britain and rewriting the standard adverts and sports coverage to be more representative. This sparked a meeting invitation from Nick Gibb MP; however, this was postponed and now they have a petition with 260, 000+ signatures as the minister has rescinded his offer. There is a template to contact Nick Gibb MP, as well as other suggestions for activism on their website should you wish to support their campaign. The group is fighting for the teaching of the uncomfortable aspects of Britain’s past and how to talk critically about race and its construction and would like to impact policy through creating and monitoring lesson plans for schools.

The webinar was hugely inspiring and reiterated the importance of the curriculum being reflective, inclusive and just. It came about in part from Sydenham High School Pupil Voice and we are committed to continually learning about unconscious bias, how to be anti-racist, and educating our young people to be positive and empowered global citizens. 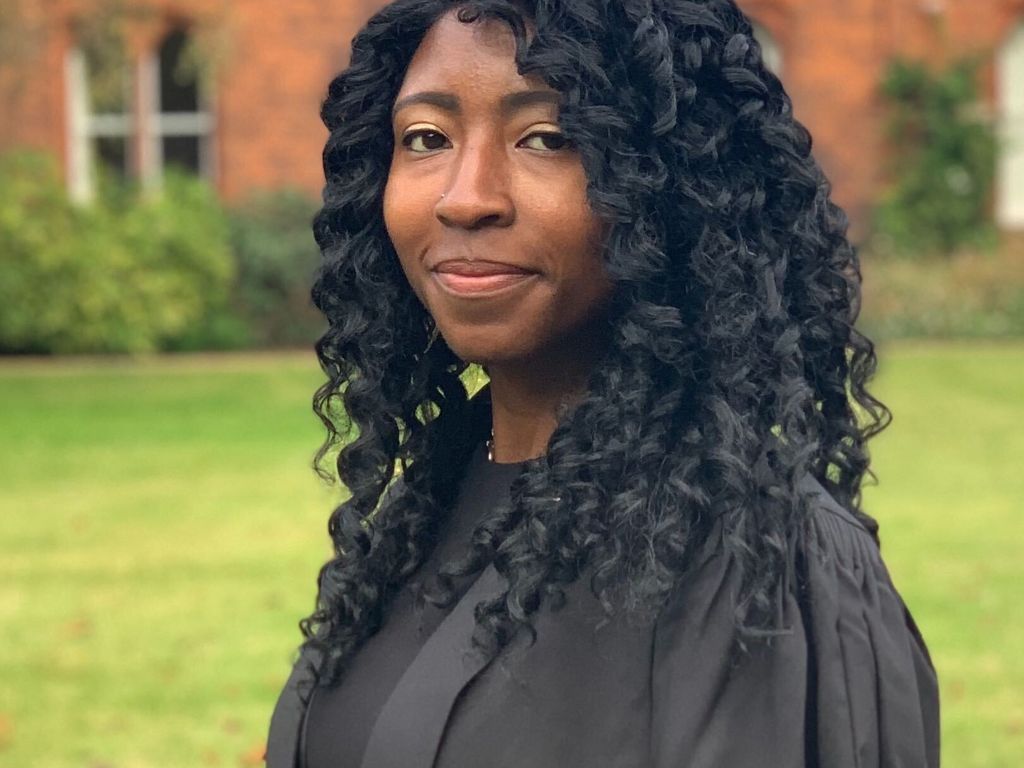 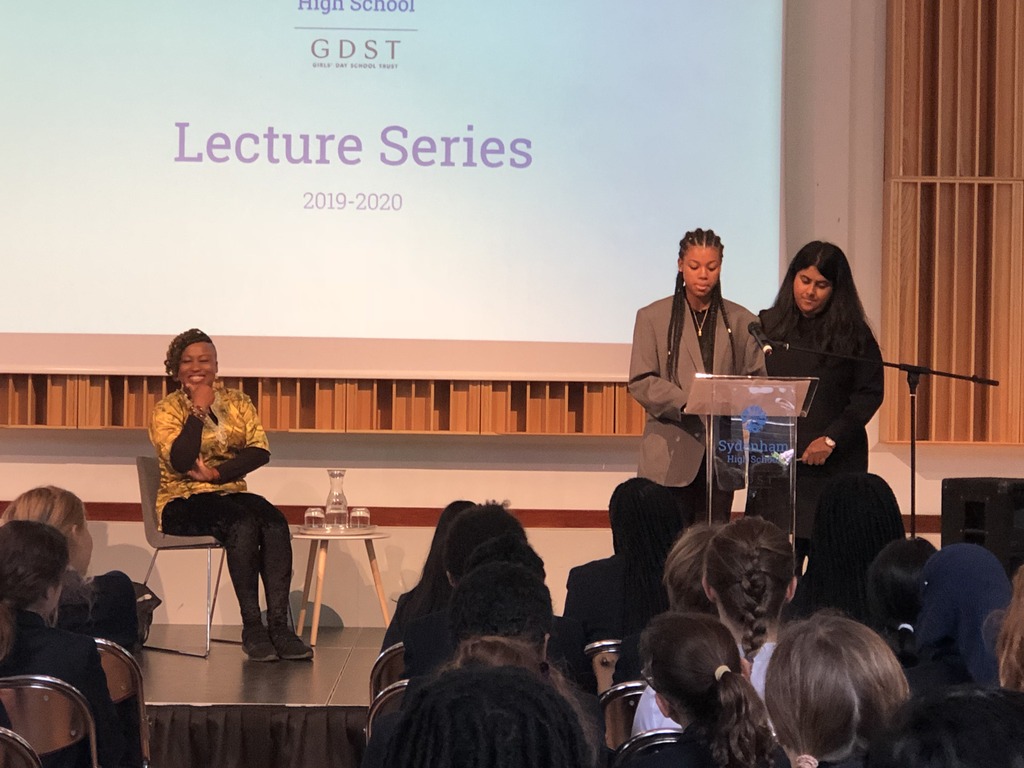 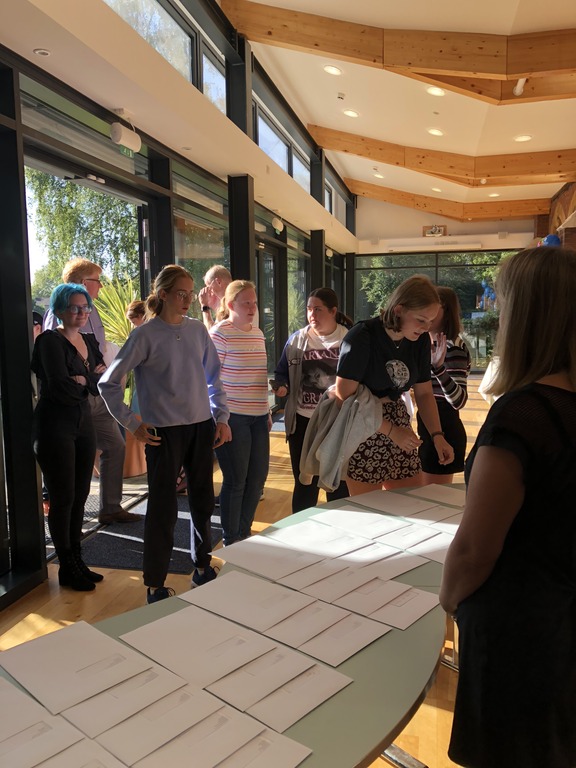 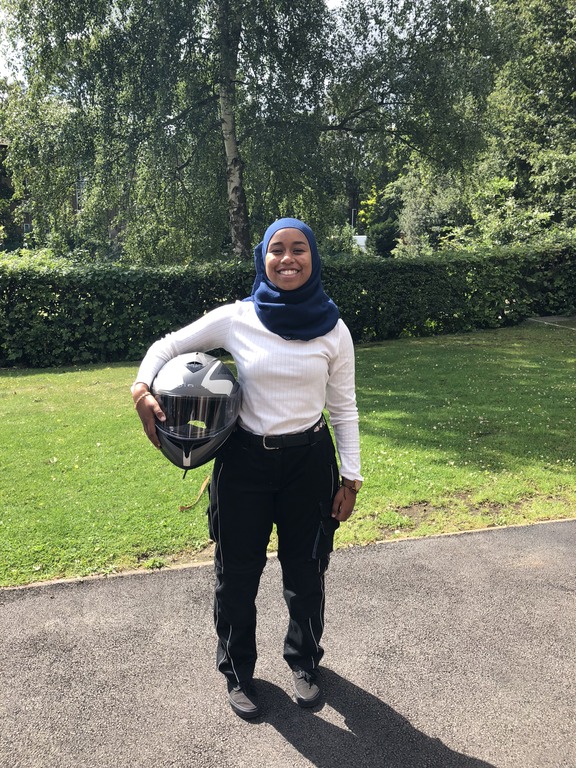 Smiles all round at Sydenham High for record breaking A Levels